Thailand's air force will delay the retirement of its Northrop F-5 fleet after confirming that a plan to buy additional Saab Gripen fighters is off the table indefinitely.

Bangkok signed a deal with the Swedish company in 2008 and planned a follow-up order in 2010, with each contract including six Gripen fighters and one Saab 340-based airborne early warning aircraft.

However, the second deal is on hold after the Thai government cut its defence budget for the current fiscal year to 151 billion baht ($4.43 billion) from 171 billion baht. The military has taken the biggest hit as the country finds ways to fund an economic stimulus package.

As a result, the Royal Thai Air Force's older F-5E/Fs, which have been operational for several decades, will continue to be in service until the middle of the next decade, say industry sources. These will operate together with the first six Gripens until the country goes ahead with a follow-up order, they add. 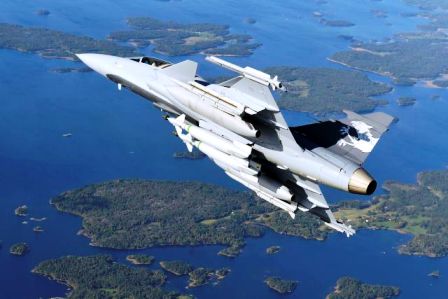 "The air force had wanted to retire the older F-5s in 2013, when it planned to have an operational squadron of 12 Gripens. But now, they will continue to operate the F-5s as there is still no indication on when the budget for the Gripens will be back on the table. There is also no news on whether it needs to upgrade the F-5s, but that may be necessary at some point," says one source.

Apart from the older F-5s, which are believed to number around 12, the service also has around 15 F-5T Tigers that were upgraded by Israel's Elbit earlier this decade and 60 upgraded Lockheed Martin F-16A/Bs in its inventory.

Saab has begun manufacturing the Thai Gripens and Bangkok hopes to induct its first three aircraft by end-2010 and put them into service by January 2011. The remaining three should be in service by April 2011, says the air force. The service has chosen 10 pilots to train in Sweden, and investing 700 million baht to build new hangars and other facilities for the aircraft.

Thailand's armed forces also have requirements for new search and rescue, utility, and attack helicopters. However, these procurements have also been postponed due to the budget cuts. Earlier this year, the air force ordered a third Embraer ERJ-135 regional jet for VIP transport and medical evacuation missions.