More than 150 military and civil aircraft from all over the world are confirmed for the 2014 Royal International Air Tattoo at RAF Fairford in the UK, with the stars of the show being three Lockheed Martin F-35B Lightning IIs.

The Royal Air Force Charitable Trust – organiser of the event – boasts that Fairford is the first place outside the USA where the F-35B will be on display. 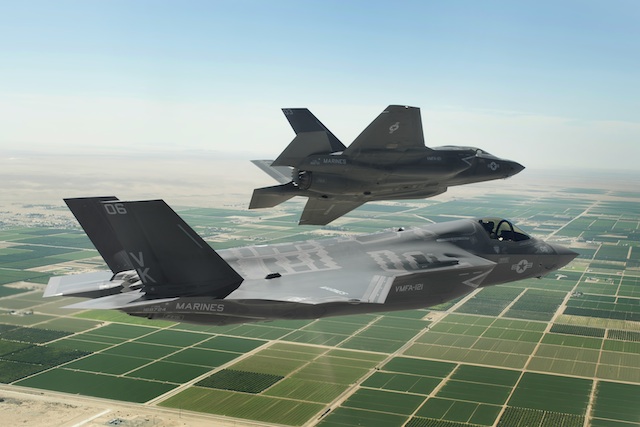 The 9-14 July show will also play host to major air display teams, including the RAF’s Red Arrows and Switzerland's Patrouille Suisse – both celebrating 50 years of display flying. The Italian air force’s Frecce Tricolori and the Patrouille de France will also be at the event, with the French contingent being the longest-standing of the four, having flown 60 display seasons.

Of the three F-35Bs to be displayed at RIAT, one is being flown for the RAF by Sqn Ldr Hugh Nichols, and the other two by the US Marine Corps.

Devotees of the Avro Vulcan “Tin Triangle” will not find it on the RIAT display list this year, however. The only flying Vulcan, XH558, has become a victim of RIAT’s growing popularity among military participants. Before its operators – Vulcan to the Sky – were able to finalise all the arrangements for presenting it at Fairford, the RIAT display programme filled up.