Harris, under the Exelis business unit it acquired in 2015, has previously provided the system to Turkey under contracts awarded in 2009 and 2014. 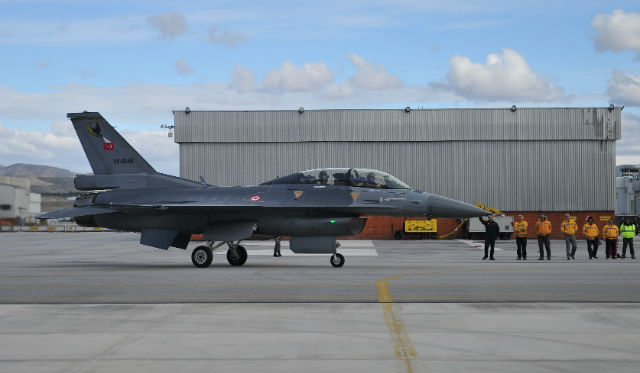 The Turkish air force has a fleet of 245 F-16C/Ds, Flightglobal’s Fleets Analyzer database shows, each between three and 28 years old.

Other touted upgrades for its fleet include the Roketsan SOM air-to-surface cruise missile, which the manufacturer hopes will be integrated in 2018.

Ankara also has plans to acquire 100 F-35As manufactured by Lockheed, with a SOM-J weapon expected to be integrated onto the type for use by both the domestic air force and foreign operators of the type.

Flight testing of the SOM-J on the F-35 is expected in 2017 and Turkey has requested integration with the aircraft as part of the planned Block 4.2 software package for the type.