UK investigators are examining how a Beechcraft King Air 200 crashed soon after taking off from Stapleford airport in Essex on 3 October, killing its two crew members. 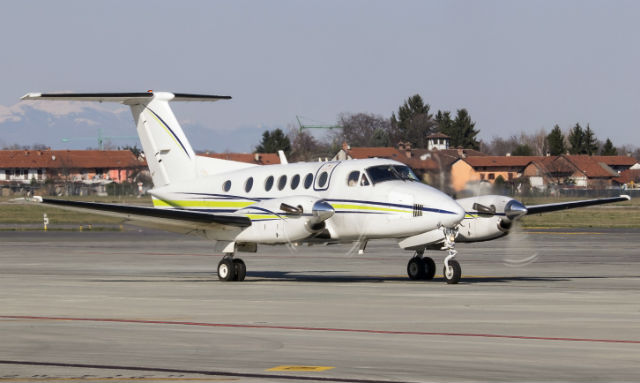 According to the operator, the King Air 200 lifted off from its Stapleford base at around 10:20 local time with the pilot and co-pilot at the controls. The eight-seat aircraft was on a positioning flight to the Royal Air Force's Brize Norton base in Oxfordshire – 65nm (120km) to the west – to pick up passengers.

“Almost immediately after take-off, the aircraft came down in a field close to Stapleford airport,” says LEA.

The executive-configured twin was one of the three King Air 200s in LEA's 24-strong business aircraft fleet. It was manufactured in 1981 and had its last scheduled maintenance inspection on 12 June, the operator confirms.

LEA describes the crew as “ highly experienced professional pilots”. The captain “had extensive experience of flying King Air aircraft”, it says “and was a flying examiner [with the UK Civil Aviation Authority]”.