Aircraft MSN15 “was moved under its own power for the first time on 10 August”, says Airbus Defence & Space. 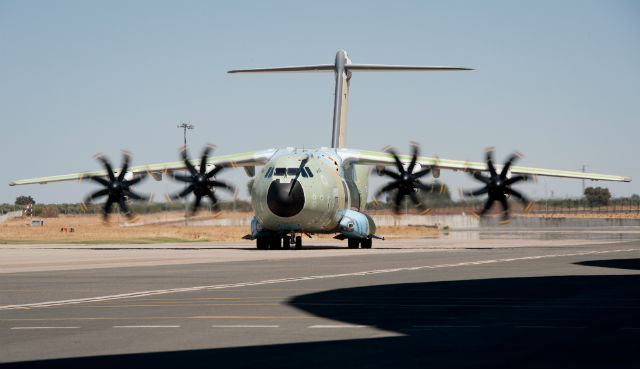 MSN15 is the first of 22 A400Ms on order for the RAF. Four of its fleet are expected to be handed over this year, with the last accepted around mid-2018. The aircraft will be based at RAF Brize Norton in Oxfordshire.

The UK will become the third of seven European A400M programme nations to introduce the type, following France and Turkey. Germany will follow close behind, receiving its first Atlas in November.