US Air Force moves ahead with F-16 service life extension

The US Air Force is pushing ahead with an effort to extend the service lives of 300 Lockheed Martin F-16C/D fighters as a stopgap measure until the F-35 Lightning II is operational in sufficient numbers.

The service announced on 2 October it would finalise the design of the aircraft within 18 to 24 months and wants to give prospective industry bidders a “first look” into the scope of work needed to extend the aircraft’s service life from 8,000 flight hours to between 10,000 and 12,000 flight hours.

The request for information (RFI) is seeking industry input into the production and deployment of modification kits for Block 40, 42, 50 and 52 aircraft.

“Much of the design remains under development.The purpose of providing this information now is to afford industry a ‘first look’ into SLEP and engage interested, but perhaps not fully capable, parties to support their development and foster industry partnerships to maximise competition,” the air force says. 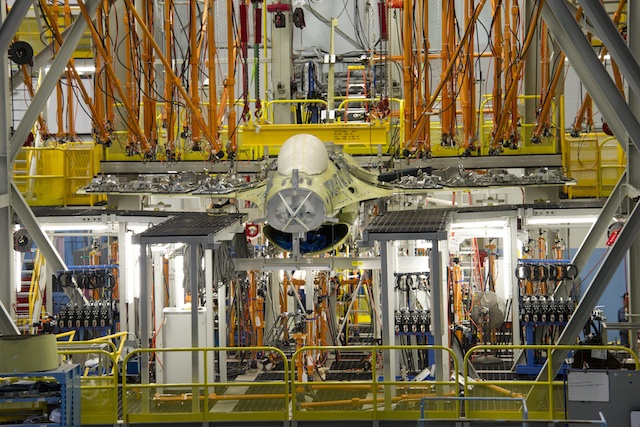 Lockheed has completed a series of durability tests on an F-16 Block 30 and is nearing completion of full-scale durability testing (FSDT) on a Block 50 C-model aircraft that began in December 2012, a company spokesman says.

That testing should be complete with the first quarter of 2015. Lockheed is developing the SLEP design concurrently with the Block 50 testing in order to shorten to overall development time for the service life extension, he says.

FSD testing will also help the air force address longeron cracking that caused the grounding of 81 F-16Ds in September, he says. Lockheed and the air force already have identified a repair that will involve installing a strap over the cracked longeron, rather than replacing them, and are moving ahead because of the need to return those aircraft to flight, the Lockheed spokesman says.

“There will be some learning from the FSDT for the current issues however, due to the extreme urgency of the need for repairs, the analysis has already been accomplished and will provide a repair for the cracks that should be found in the unit under test in the FSDT,” he says.

According to the air force’s original SLEP schedule, the first modification kits will be purchased in fiscal year 2017 with installation beginning the following year. Until then, the service must perform structural testing on the kits it eventually develops, both on the ground and in flight, between 2014 and 2016.

“As the program and technical solutions mature over the next 18-24 months, our goal is to establish a collaborative relationship with industry to identify potential responsible sources; determine competitive and/or Small Business Set-Aside opportunities; and craft an effective acquisition strategy,” the air force says.