Boeing and Lockheed back off potential bomber challenge

Boeing and Lockheed Martin will not challenge the US Air Force’s long-range strike bomber pick in the US Court of Federal Claims, or continue any action through the Government Accountability Office.

Northrop Grumman was awarded the contract in October over the losing Boeing/Lockheed team, which protested the source selection process through the GAO, but was rejected.

Boeing has not ruled out legal action, but a phone call between USAF secretary Deborah Lee James and Boeing chief executive Dennis Muilenburg earlier this week appears to have softened the company’s resolve. Boeing has publically called the selection process “fundamentally flawed”.

“While we remain firmly convinced of the validity of the issues raised in our protest to the [GAO] of the long range strike-bomber contract award to Northrop Grumman, the Boeing-Lockheed Martin team has decided not to pursue further challenges to that award, either through the GAO or in federal court,” Boeing and Lockheed say in a joint statement on 26 February. “This decision was taken, as always, with the best interests of our customer and the warfighter in mind.” 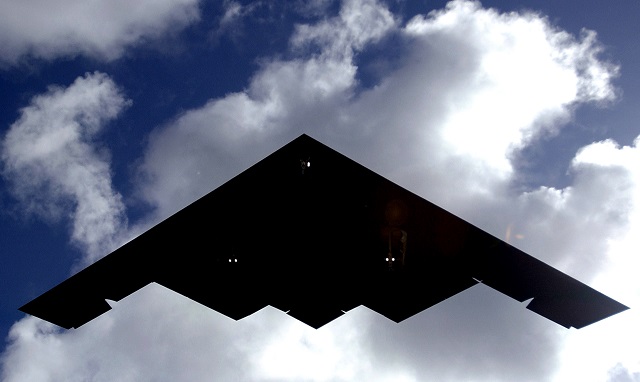 Asked about reports earlier today that Boeing won't pursue legal action, James said she hoped that would be the case. “I did receive a phone call earlier this week from the CEO of Boeing, which was encouraging,” says James. “Boeing is a very valuable partner and we have a lot going on with Boeing and we need to get on with the bomber.”

The bomber development programme is worth approximately $23 billion and each stealth aircraft is worth an estimated $564 million, per a cost-control requirement in the competition.

Northrop is said to have significantly underbid its heavyweight opponents, and has committed to a firm-fixed-price contract for the first five production lots for 21 of an expected 100 aircraft. The air force hasn't said how many aircraft will be built for testing.

GAO found the air force’s selection process to be “reasonable and consistent” with the terms of the solicitation as well as government procurement laws, according to the congressional watchdog's 16 February statement.

The decision comes as Leanne Caret takes over from Chris Chadwick as the head of Boeing Defense, Space & Security, effective 1 March. Chadwick is retiring.

The air force today announced the bomber’s designation at the B-21, since it will be the first new strategic bomber purchased in the 21st century.