Flightglobal travels to all the major air shows all year, every year to bring you news and industry gossip. The team works around the clock to deliver news on the web with our dedicated show pages that showcase videos, blogs, Twitter, images as well as iFlight, the interactive digital daily magazine that features heatmapped cutaways and videos. 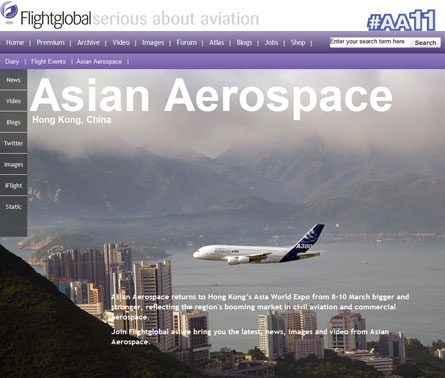 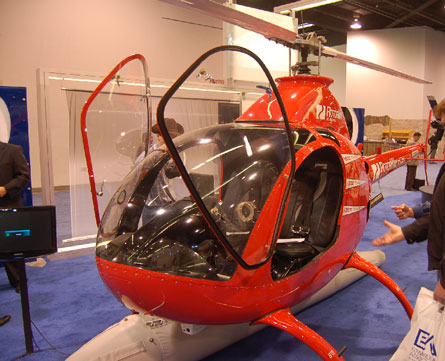 Organised by the Helicopter Association International and held at the George R. Brown Convention Center in Houston, Texas, Heli Expo is the world's largest trade show dedicated to the international helicopter community, with more than 500 exhibitors displaying their wares to in excess of 17,500 industry professionals throughout.

This is a niche regional show on the German shore of Lake Constance. Aero, as it is known, showcases general aviation products and services including private and light aircraft, gliders, kit planes, helicopters, parachutes, air sports equipment, cockpits, onboard avionics systems and other pilot equipment.

EBACE – the European Business Aviation Conference & Exhibition – is the show where a zany new interior design for a Boeing 787 business aircraft was showcased by Gore Design Completions.

Flightglobal launched the Paris Power Tweeter Award and its My Paris campaign, where you could sign up to get the news that matters most to you. 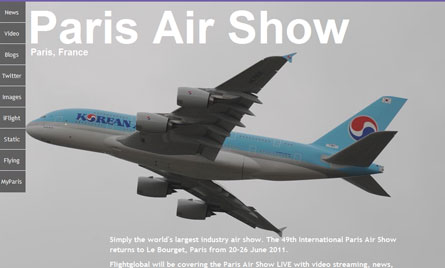 It was also the show where the Airbus A380 damaged its wing tip and was unable to perform in the flying displays. Korean Air's A380, on static display, was used instead. See videos, images, iFlight and so much more.

See Flightglobal's collection of Unmanned Daily News in digital format from the North American AUVSI conference. Watch an interview with Lockheed Martin's Kingsley Fregene talking about the design challenges of its Samurai monocopter and see the Insitu Integrator. There are blogs, Twitter, images and news from our team of journalists.

The show in Moscow, where Armavia's first Sukhoi Superjet, the initial production aircraft, demonstrated its capabilities four months after the type entered airline service with the Armenian carrier.

Revisit the digital editions of Airline Business Daily from the Berlin show where airline network planners and their counterparts at airports and tourism authorities met against a backdrop of continued economic uncertainty, particularly in Europe and North America, which threatened to stifle airline growth.

On the agenda was route development, the future growth of airlines, opportunities in emerging markets that are opening up and new aircraft, such as the 787, entering service.

This year the business aviation show was held in scorching hot Las Vegas. We produced an iFlight interactive daily magazine as well as a digital version of Flight Daily News.

Manufacturers chalked up a welcome string of orders during the three-day event, with the bulk of activity for new business jet sales coming from the vibrant Chinese market. Minsheng Financial Leasing topped the buyer leaderboard with a firm order for 13 Embraer Legacy 650s, as well as a memorandum of understanding for 10 Dassault Falcon 7X and 10 Falcon 2000S.

At this show AVIC International signed an agreement with the Commercial Aircraft Corp of China (Comac) to purchase 100 ARJ21 regional jets to market to international customers. Watch a video of Flightglobal journalist Ghim-Lay Yeo taking a tour inside the aircraft. See an interview about aircraft manufacturer Cessna's views of the Chinese market.

Flightglobal journalists covered this air show in the blistering Middle East heat in what was the 40th anniversary year of the United Arab Emirates.

The UAE display team gave its debut aerial display to thousands of spectators daily, spilling out smoke in the colours of the UAE flag.

Towards the end of the show, after last-minute efforts to flesh out a deal, Qatar Airways agreed to buy up to eight more Airbus A380s and up to 80 A320neos.