3
Why the Max grounding challenged principle of mutual recognition
737 Max: Two years on

Why the Max grounding challenged principle of mutual recognition

When the Boeing 737 Max was barred from the airspace of several countries by national authorities, a question arose as to whether this amounted to breaching a fundamental principle of ICAO – that of mutual recognition of airworthiness certification.

National authorities have the right to act against aircraft on their own register. But in March 2019 a number of civil aviation regulators prohibited all 737 Max services in their airspace, regardless of their operator, even as the US FAA resisted suspending its type certificate and grounding the aircraft. 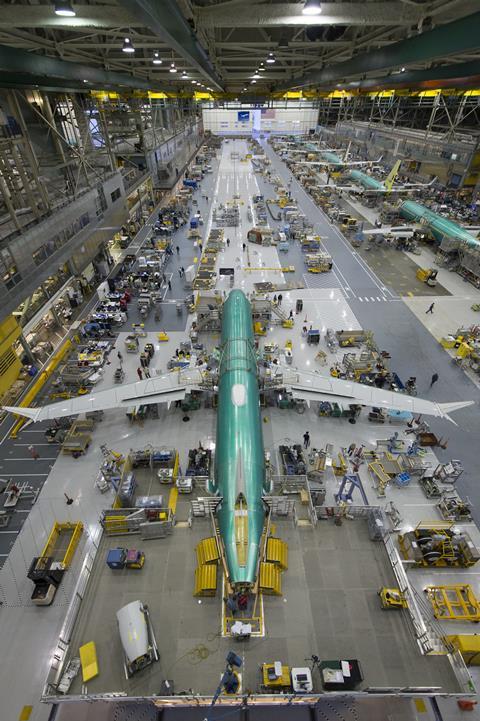 This appeared to contradict an ICAO tenet enshrined in Article 33 of the Chicago Convention, that certificates of airworthiness issued or rendered valid by the state of registry shall be recognised as valid by other states.

But ICAO argues that all international agreements function on the basis of countries’ “continuously weighing their mutual benefits versus their sovereign self-interest”, within a diplomatic environment which can be dynamic.

“The quite rare occasions when a long-standing international article or standard may be momentarily ignored – whether by a country or a group of countries – should not be misconstrued as the overall global objectives at play being undermined or rendered invalid,” the organisation says.

Canadian civil aviation regulator Transport Canada says its approach to the 737 Max was not to revoke individual certificates of airworthiness but rather issue a NOTAM under ministerial authority to place airspace restrictions on the type.

“This ministerial authority exists to address such unusual circumstances, but does not undermine the intent of ICAO Article 33,” it insists. Certificates of airworthiness issued by individual states remained valid, and accepted by Canada, once the NOTAM was lifted.

Australia and Singapore each imposed bans on domestic and foreign 737 Max operations, and their regulators believe the Chicago Convention provides its own justification within Article 9.

“[Our] action was not inconsistent with Australia’s obligations under of Article 33 of the Chicago Convention,” says the Australian Civil Aviation Safety Authority. “The direction did not address the airworthiness certification of any aircraft.”

CASA says this precautionary action was “entirely operational in nature” and “consistent” with the provisions of Article 9.

The Civil Aviation Authority of Singapore pleads its case similarly. Acting senior director of the CAAS safety regulation group, Alan Foo, says Article 9 provides for states to act in the interest of public safety to temporarily restrict or prohibit flying of aircraft over their territories.

“A civil aviation authority’s action to temporarily ground the 737 Max can therefore be consistent with the Chicago Convention,” he says. “Such an action does not relate to the airworthiness certification of the aircraft, and as such need not be inconsistent with Article 33.”

But use of Article 9 to restrict specific aircraft operations is controversial measure which has previously been rejected in court, when European carriers filed a legal case to overturn a 1979 ban on operating their McDonnell Douglas DC-10s in US airspace.

In a September 1981 opinion the circuit court judge stated that Article 9 was aimed at restricting territorial access by all aircraft, rather than particular types, at times when airspace entry would be dangerous due to conditions on the ground.

“Article 9 does not allow one country to ban landing and take-off because of doubts about the airworthiness of particular foreign aircraft, in derogation of Article 33,” the judge said.

One country could refuse to recognise another’s certificate of airworthiness, the opinion added, if doubts about airworthiness existed – but only if the certifying country had not observed minimum standards of airworthiness.

The judge ultimately concluded that the US federal aviation regulator had violated “various” international agreements, and US aviation law, by imposing the DC-10 ban.

Another part of the Convention, Article 1, recognises that every state has “complete and exclusive” sovereignty over its airspace, which might conceivably offer a provision for restrictive measures.

But the 737 Max ban nevertheless remains untested in court.

While IATA says it respects the decisions of various regulators to ground the Max ahead of the original certifying authority, the association has reservations.

“This highly-unusual episode must not become the norm in an industry that relies on mutual recognition and reciprocity to avoid redundant processes,” it states.

Civil aviation regulators have been restoring flight authorisation to the 737 Max following recertification of the aircraft by the US FAA last November and the European Union Aviation Safety Agency in January.