Chinese MRO GAMECO has completed its first Boeing 737-800 passenger-to-freighter conversion, nearly half a year since it launched the programme.

The first aircraft, a former AeroMexico example registered N520AM, was inducted into the Boeing Converted Freighter (BCF) line in Guangzhou in late May. 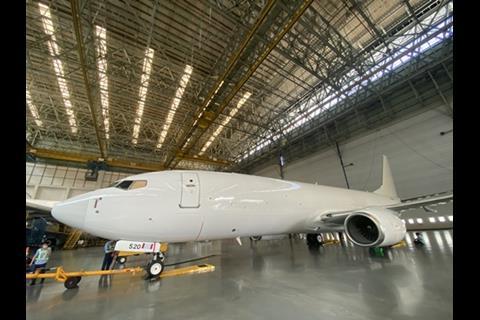 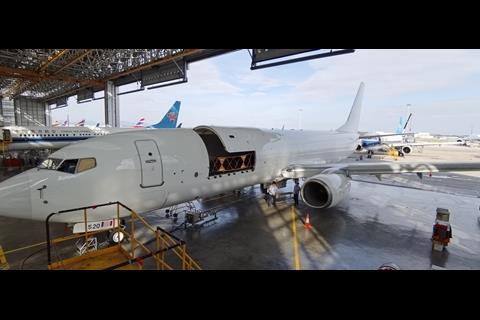 The Guangzhou-based MRO discloses that it completed conversion on 15 October, “several days ahead of schedule”.

GAMECO general manager Norbert Marx says: “Despite the challenges caused by the global pandemic, we were able to fulfill our promises and redeliver the conversion product faster than anticipated and with the highest quality.”

Marx adds that the MRO will “take the lessons learnt from this conversion and apply them to our overall process”.

In 2019, GAMECO announced it will be launching a 737-800BCF production line, making it the third such line in China.

In September this year, Boeing launched a second BCF production line at GAMECO, tapping into burgeoning demand for freighter conversions.