The aircraft, registered N299BR (MSN 29917), has been redelivered to Aviation Holdings III, and has been pictured wearing Korean carrier Air Incheon’s livery. 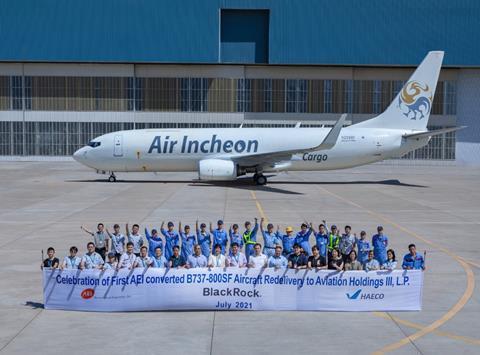 HAECO Xiamen worked with Aeronautical Engineers (AEI) on the conversion, having been added to the latter’s conversion centre network in 2020.

Cirium fleets data shows N299BR first flew in 1999 with Ryanair, before operating with Brazil’s Gol in 2007. In 2014, it flew for Turkish carrier Andalou Jet, before being sold in 2021 for freighter conversion.

With Air Incheon, the 737 will be registered HL8319, and is expected to leased in from 15 August. It will be the carrier’s second 737-800SF, and the third freighter in its fleet.