Russian state technology firm Rostec is to bring United Aircraft, Sukhoi and MiG under a single aircraft programme centre to consolidate management and other assets into one corporate entity.

It will also establish a unified centre for design competency.

The intention is to reduce non-production costs and debts, and optimise the managerial and administrative workforce.

Rostec says the United Aircraft corporate centre will also be the managing organisation for Irkut, Ilyushin and Tupolev.

Engineering personnel will not be affected by the change, says Rostec. The engineering and design functions will be spun off into a separate unified centre in Moscow but the design schools will remain independent.

Rostec chief Sergei Chemezov will lead the United Aircraft board to oversee the transformation, several aspects of which have “still to be worked out”, says the company.

United Aircraft general director Yuri Slyusar estimates the savings from the strategy, to be implemented over several years, will amount to Rb130 billion ($1.75 billion).

He says the industrial transformation is aimed at increasing the utilisation of production capacity and labour productivity. 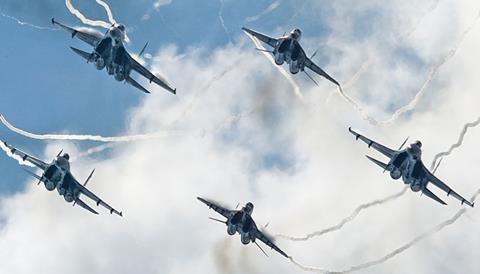