Russian and Iranian authorities have signed a memorandum of understanding on airworthiness matters, intended to ease export of aircraft.

The agreement builds on airworthiness consultations held in June which included the participation of Russian Helicopters’ national engineering centre for Mil and Kamov. 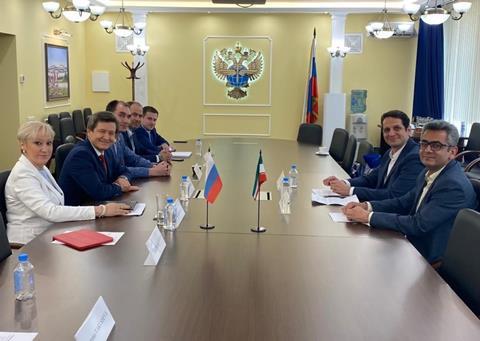 Russian and Iranian representatives during the airworthiness discussion in June

Joint efforts between the two sides in the rotorcraft sector resulted in validation in Iran of type certification for the Mil Mi-171A2 helicopter in 2019.

Prior Russian-Iranian civil aviation co-operation has included the establishment of licensed production for the Antonov An-140 regional turboprop – a variant called the IrAn-140 – at Isfahan.

While Russian airframers have developed new aircraft types, such as the Sukhoi Superjet 100, export to Iran has been hampered by US sanctions on foreign components.

Under its import-substitution strategy, the Russian government has promoted the redesign of aircraft to feature greater domestic content.