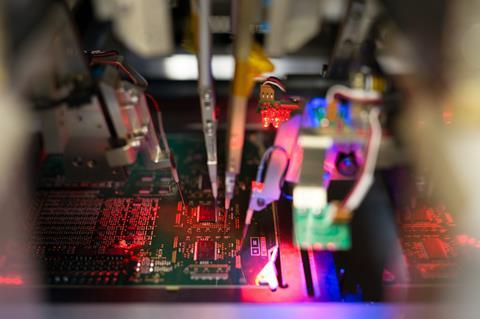 No financial details of the transaction have been disclosed. Completion is expected in 2023, subject to regulatory approval and employee consultation.

Safran Electrical & Power says the acquisition will allow it to “pursue its strategy as an equipment manufacturer positioned across the whole electrical chain.

“The electrical conversion business will make a significant contribution to Safran’s portfolio of activities, which will expand further in the area of electrical power generation, particularly in the defence and helicopter markets,” the firm adds.

Stephane Cueille, chief executive of Safran Electrical & Power, adds: “We are delighted with the prospect of joining forces with Thales’s electrical teams, which will give us even greater competencies throughout the electrical chain, thanks in particular to their leading skills in electrical conversion.

“The complementary nature of our expertise will also enable us to provide the market with ever more relevant and effective solutions.”