Volocopter has joined up with a South Korean firm to explore the feasibility of urban air mobility (UAM) in South Korea, following successful flights over Seoul’s two airports. 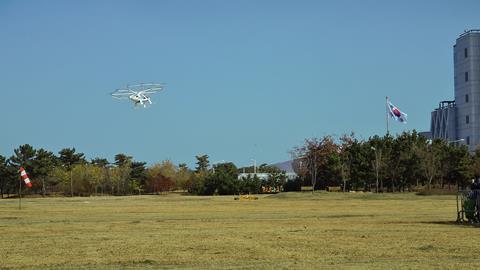 “Having a strong and reliable network of partners has always been a fundamental factor for our continued success,” says Volocopter chief executive Florian Reuter.

“We believe that the synergy from the cooperation with a leading local partner helps us develop a service tailored for the domestic market.”

Founded in 2015, Kakao supplies a mobile app for mobility purposes.

The Seoul Incheon flight, performed before a crowd attending a UAM conference, covered 1.6nm (3km) and reached an altitude of 164ft. 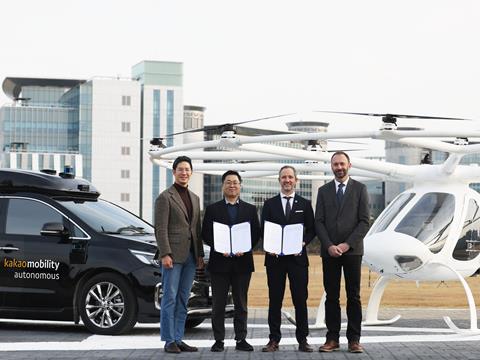 Volocopter and Kakao Mobility will research UAM in South Korea

At the recent Seoul ADEX defence show, Korea Aerospace Industries showed off several futuristic concepts, including a UAM aircraft with both manned and unmanned versions.

Hanwha Systems, meanwhile, has partnered with US firm Overair to develop an electric propulsion system for air taxies. According to Hanwha, the propulsion system will power a future, zero-emission air taxi named “butterfly.” The company is also involved in the development of infrastructure for UAM operations.