Air Canada has set higher financial expectations through 2021 as its international network expands, targeting a 19-22% annual modified profit margin through the period and an annual return on invested capital of 16-20%.

These expectations announced on 28 February in Montreal at Air Canada's investor day are more ambitious than those the airline presented to investors in 2017, which included a 13-16% return on invested capital from 2018 to 2020 and a modified annual margin of 17-20% through 2020.

The Montreal-based airline also projects $4-$4.5 billion cumulative free cash flow from 2019 until 2021, excluding net proceeds related to closing the Aeroplan frequent flier plan transaction. That’s up from the $2-3 billion cumulative free cash flow originally projected from 2018 to 2020. The airline targeted a leverage ratio of 1.2 by the end of 2019, consistent with the earlier goal for a 1.2 ratio by the end of 2020.

Air Canada’s ambitions for more international routes include expanding into the Pacific region. Air New Zealand and Air Canada are pursuing a joint venture, and the Montreal-based airline launched a joint venture in 2018 with Air China. Air Canada aims to add more international flights across the Pacific Ocean from hubs in Toronto and Vancouver, Mark Galardo, the company’s vice president for network planning says during the investor day.

“Less than 50% of our revenues are generated in the North American network,” Galardo said. “Today, Air Canada is truly an international focused airline, but isn’t overly dependent on any geographic center to deliver overall profitability.”

The presentation to investors stressed growth and expansion measured against the airline's 2009 performance. Since then, Air Canada's capacity has increased 87%.

“Our share price has appreciated over 1,300% the last five years and over 4,000% since April 1, 2009, when we embarked on our transformation strategy to position Air Canada for long-term, sustainable profitability,” Air Canada chief executive Calin Rovinescu says in a press release ahead of the investor day. “In addition, we are now on course for our objective of achieving an investment-grade credit rating.” 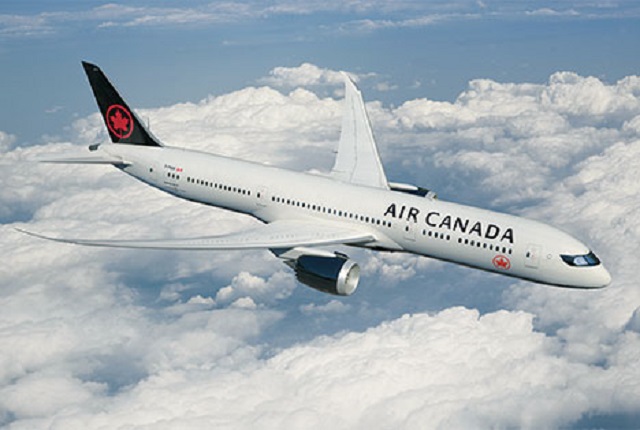