The clearance was granted on 2 April according to a certificate revision from the European Union Aviation Safety Agency.

EASA certified the A330-800 – the smaller member of the A330neo family – in mid-February. The aircraft is powered by Rolls-Royce Trent 7000 engines.

It was granted ETOPS approval up to 180min at the time.

No A330-800s have yet been delivered, although an initial aircraft for Kuwait Airways has been painted. Fourteen of the variant are on firm order including eight for the Kuwaiti flag-carrier.

EASA approved the larger A330-900 for beyond-180min ETOPS in January last year. 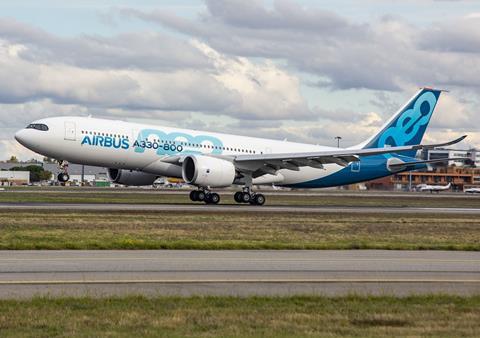