A350-1000 brought in to shuttle medical supplies from China

Airbus is continuing its medical supply shuttle operation between China and Europe, adding an A350-1000 test aircraft to the list of types recruited for the effort.

Airbus says the twinjet, flown by a flight-test crew, was transporting 4 million face-masks which are being distributed mainly to the governments of the Airbus home nations – France, Germany, Spain and the UK.

It has previously used other types from its product line – including the A330-800 test aircraft, an A330 tanker, and the military A400M – to ferry similar supplies from China during its response to the coronavirus crisis. 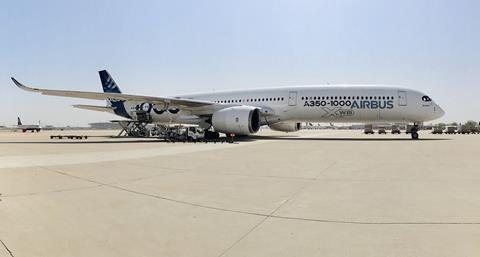 Airbus has been shuttling medical supplies from Tianjin