AerCap pushes back deliveries of 37 aircraft

Leasing giant AerCap is deferring deliveries of 37 aircraft which it had expected to introduce over the course of the next two years.

AerCap says the measure brings to more than 100 the number of aircraft it had been intending to receive over 2020-22.

The 37 which are the subject of the most recent agreement will be pushed back to 2023 and beyond.

All of the aircraft being delivered this year and next have already been placed on long-term leases.

AerCap had recently disclosed that, as of 31 March, it was committed to purchase 342 new aircraft – a mix of Airbus, Boeing and Embraer types – for delivery through to 2026. 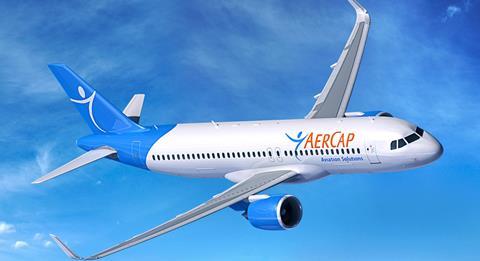 Dublin-based AerCap has not specified which aircraft have been deferred.

But the lessor says the rescheduling of deliveries has cut its capital expenditure for 2020 and 2021 by around $4.7 billion.

AerCap still forecasts cash capital expenditure of $1.1 billion over the remainder of 2020 and some $2.5 billion for 2021.

“We expect our cash capital expenditures during these years to decrease further as we continue our discussions with the aircraft manufacturers and our customers,” the lessor says.

Chief executive Aengus Kelly says the company is pushing back deliveries to “better align” its schedule with the needs of its airline clients.

“Since the low point in mid-April we have seen a steady increase in air traffic in Europe and the USA,” he says. “As economies begin to re-open, our airline customers will play a vital role in the recovery of their respective countries.”