Airbus’s cancellations for the final month of last year included 26 long-haul aircraft, among them 15 A350s and the last three A330 freighters in the airframer’s backlog.

The cancellation of three outstanding A330-200Fs – ordered by Turkey’s MNG Airlines – means there is no current backlog for the type, the only new-build freighter offered by Airbus.

It has delivered only 38 of the aircraft, more than a decade after securing certification.

Airbus has revealed the figures in its newly-released backlog update, covering the full-year 2020. 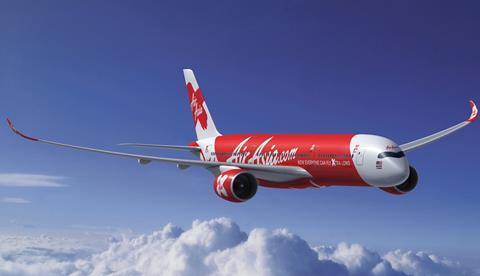 The backlog shows a reduction of all 10 A350-900s intended for AirAsia X, two for Turkish Airlines, two for Hong Kong Airlines, and three for lessor Avolon.

But two A350s – possibly from these 17 – appear to have been assigned to undisclosed customers.

Six A330-300s, comprising five for Hong Kong Airlines and one for EgyptAir, have been struck from the backlog. Two A330-900s have been newly listed against lessor BOC Aviation but the number allocated to undisclosed customers has fallen by four.

Airbus has also cut the single-aisle backlog by four A321neos and a single A220. 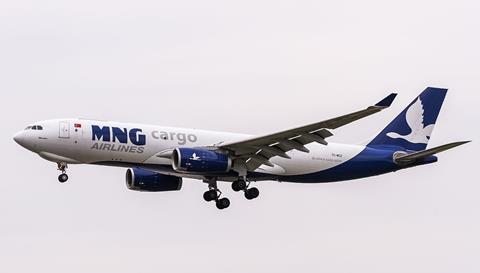 Chief commercial officer Christian Scherer, speaking on 8 January as the figures were unveiled, stresses that obtaining new orders was “not the objective” for the airframer under the current circumstances.

“The low level of cancellations underlines that we’ve managed well together,” he says. “It also demonstrates that customers are waiting for air travel to return and want to secure the slots for their aircraft.”

Airbus took gross orders for 383 aircraft last year although the 115 cancellations reduced the net total to 268.

“Our objective was to converge newly-established production rates with actual deliveries, to keep the supply chain afloat, and keep our global industry ecosystem alive,” says Scherer.

Airbus chief executive Guillaume Faury is cautiously optimistic over the prospects for 2021, stating that the manufacturer’s current plan is for “stability” over the first half and a “ramp-up of production” in the second.