Airbus has carried out the maiden flight of its fourth BelugaXL high-capacity transport, which took off from Toulouse on 20 July.

The Rolls-Royce Trent 700-powered aircraft is one of six being constructed by Airbus for its logistics transport division.

Airbus has been gradually withdrawing its older A300-600ST Beluga fleet from service as the larger XL has emerged.

The XL, which is based on the A330, was developed to transport wings for the A350.

Airbus is exploring alternative uses for the A300-600STs which, it says, still have substantial service life. 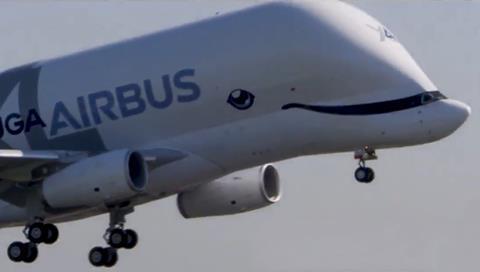 Lifting off from Toulouse, the fourth BelugaXL for the Airbus fleet