The aircraft, both the -900 variant, are among 13 jets added to Airbus’s gross orders during September.

Airbus also recorded an agreement for a single A320neo destined for a private customer.

The airframer listed three cancellations of single-aisle aircraft, which appear to include two A319neos previously ordered by Air Cote d’Ivoire and one of Macquarie Financial Holdings’ A220-300s.

Airbus delivered 437 aircraft over the first nine months of this year, including 55 in September. 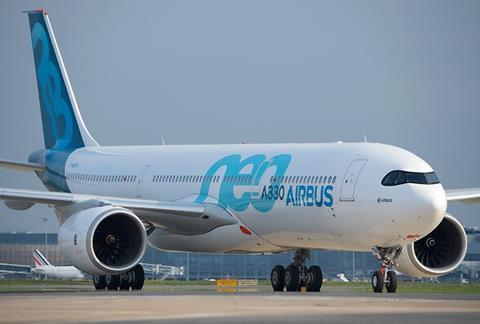