An-225 returns to flight after modernisation

Antonov has restarted flights with the An-225 outsize transport, after a period of absence during which the aircraft underwent modernisation.

The design bureau says the aircraft has commenced a series of test flights following installation of a domestically-designed power management and control system.

Departing from the Gostomel airfield near Kiev on 25 March, the An-225 conducted a sortie of just under 2h.

The An-225, a six-engined and twin-finned derivative of the An-124, is the world’s largest operational aircraft and the airframe flown (UR-82060) is the sole example.

It has spent more than a year out of service while the upgrade work has been carried out. 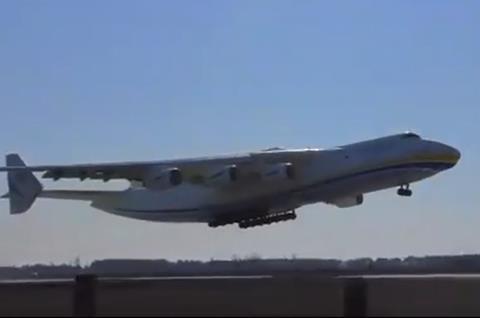 Test flights commence after upgrades to the six-engined freighter