BOC Aviation says it will take delivery of the twinjets over the course of 2027-29.

The lessor’s agreement feature 10 of the long-range A321XLR, plus 50 further A321neos with A320neos making up the remainder.

BOC Aviation has not disclosed an engine selection. 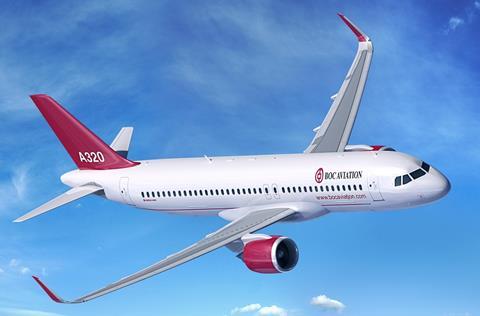 “[This order] underscores our continued confidence in the A320neo family for its reliability and operational efficiency and reflects the popularity of the aircraft among our airline customers,” says chief executive Robert Martin.

BOC Aviation had directly ordered 373 aircraft by the end of March, with 30 A320neos and three A321neos still to be handed over from its backlog.