Airbus has added nearly 400 net orders to its total for the year, following a strong July, and includes the large agreement for aircraft from four Chinese carriers.

Nearly 57% of net A320neo-family orders this year have been for the largest variant. 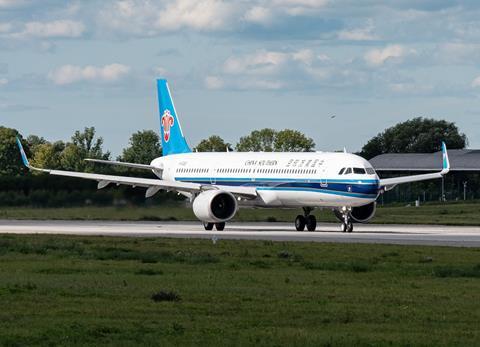 Single-aisle aircraft made up almost the entirety of the airframer’s orders for the month, with the exception of a pair of A350-900s for Turkish Airlines.

Cancellation of four A350-900s from Aeroflot’s total of 20 meant net twin-aisle orders declined. Airbus also formally noted the reduction of Virgin Atlantic’s A330-900 backlog by one aircraft, from eight to seven.

Airbus net orders for the first seven months of the year increased from 259 to 656. It delivered a total of 341 aircraft over the period.