Airbus recorded orders for 48 aircraft in April, including 25 A321neos for Delta Air Lines and 22 for lessor Avolon.

But the Avolon order – for 14 A321neos and eight A320neos – appears to be a rejig of a previous agreement. Airbus listed 22 cancellations for the month and the overall number of aircraft ordered by Avolon remained unchanged from March.

Airbus also listed an order for a single A319neo from a private customer.

The agreements reduced the negative net order figure to 35 for the first four months of 2021.

Four of the A350s were delivered to Chinese carriers while the other pair were handed to Air France.

Delta Air Lines and Corsair received the A330s, both of them -900 variants. 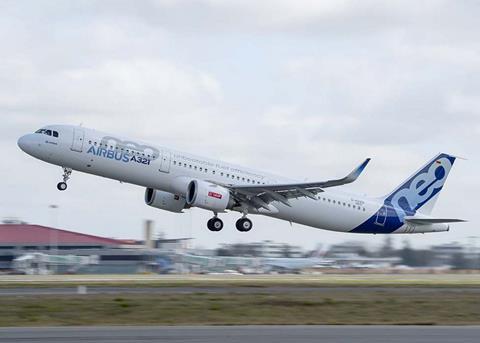