The company is establishing a new division, CMA CGM Air Cargo, which will be dedicated to air freight services.

It states that the strategic move is intended to address “growing demand” for “agile solutions” from its customers.

CMA CGM says it will acquire four A330-200Fs manufactured between 2014 and 2016, stating that it will “entrust the operation of its cargo fleet to a European company.” 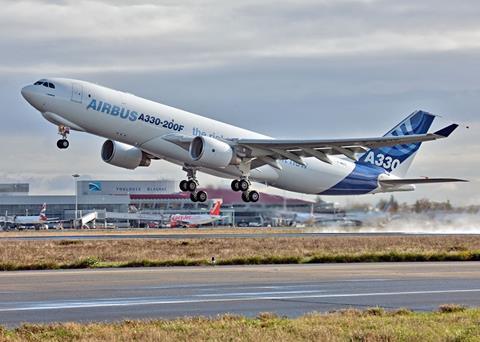 It has not identified the source of the aircraft, although Qatar Airways Cargo’s chief recently told Indian monthly transportation publication STAT Trade Times that it was withdrawing its last four A330-200Fs in January, having already sold a fifth to the Hungarian government.

The dates of manufacture of the four Qatar aircraft also span 2014-16. Qatar Airways has yet to comment on whether it is supplying the CMA CGM jets.

Neither has CMA CGM disclosed which European operator would be responsible for the fleet, although Air Belgium revealed at the end of January that it intended to introduce four cargo aircraft – increasing to six by the end of this year – with the first two operational by March, initially from Liege.

CMA CGM says the Air Cargo arm will become a new “commercial pillar” of the French container and shipping firm, offering “complementarity” to its maritime operations.

“It is a major turning point in the development of our logistics offering,” says chief executive Rodolphe Saade. “[It] will conduct commercial partnerships with airlines to provide global coverage.”

CMA CGM Air Cargo will become one of a small number of A330-200F operators. Just 38 of the dedicated new-build freighters have been produced.