Ground-handling firm Swissport is set to undergo an extensive restructuring, having obtained a commitment for €300 million ($354 million) in liquidity from creditors.

The transaction would take its overall liquidity to €500 million by adding to the €200 million currently available to the company..

This interim funding would ultimately be replaced by a new long-term €500 million debt facility as part of the restructuring exercise.

Swissport says the restructuring will “significantly deleverage” the balance sheet.

The €300 million interim package will be provided by a group of senior secured creditors, known as AHG, which has given a binding commitment for the funding.

AHG and other entities – including shareholder HNA Group and lenders under Swissport’s payment-in-kind facility agreement – have also agreed in principle to the restructuring and refinancing of the company.

“Detailed terms of the comprehensive restructuring will be released in due course once documentation has been finalised,” says the handling firm. 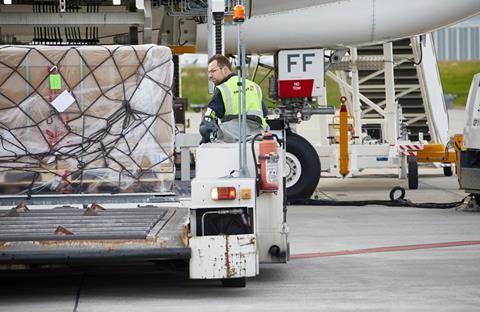 Swissport says the interim liquidity gives it “ample headroom” to trade through the course of the pandemic and carry out its operational plans.

It insists the restructuring, set to be completed this year, will position the company as a “strong global partner” to airlines and airports.

“It signals to our customers, our employees and all our other stakeholders that Swissport continues to be the partner they can rely upon.”

Swissport has revealed the impact of the second quarter downturn on its financial performance, turning in an operating EBITDA loss of €67 million, in contrast to the previous €76 million profit.

Revenues for the three months to 30 June were down 70% at €235 million, as ground-handling volumes sank by 88% and cargo volumes declined by 24%.

Swissport states, however, that its EBITDA in July was positive.