The aircraft will be transferred to the commercial arm of the firm, Jetcraft Commercial, over the course of March to December this year.

Three of the aircraft are ready to be placed, according to the company’s president, Raphael Haddad.

“There is high demand for the remaining jets, emphasising the need within commercial aviation for aircraft capable of regional missions,” he adds.

CRJ1000s were introduced to Air France regional operations when Brit Air took delivery of the type in late 2010.

Brit Air was subsequently merged with other regional carriers under the Hop brand.

Jetcraft has a portfolio of various commercial and business aircraft types including the Airbus A330 and A320, Boeing BBJ, Embraer ERJ-145, ATR turboprops, and executive jets. 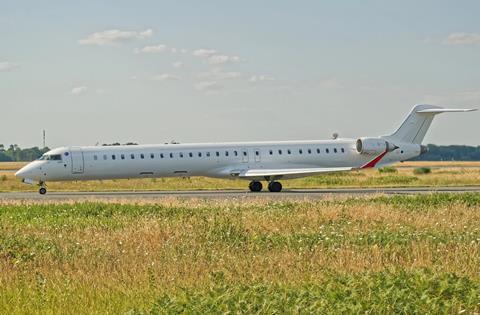