Lessor Avolon is cutting its delivery commitments over the next four years by over 100 aircraft, through a combination of cancellations and deferrals including the axing of 75 Boeing 737 Max jets.

Avolon says the unplaced Max aircraft had been due to arrive over 2020-23. It is also deferring another 16 737 Max deliveries until 2024 or later.

It insists it “remains committed” to the 737 Max, which has been grounded for more than a year and awaits recertification.

The lessor adds that it has “removed commitments” to acquire four Airbus A330neos which had been due for delivery next year. 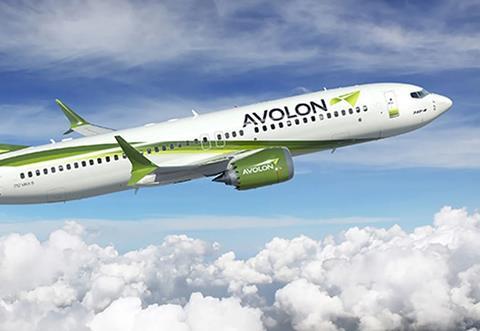 The lessor says the measures will “significantly” reduce its near-term capital outlay.

Avolon has disclosed that it has been receiving requests for relief on lease payment obligations from more than 80% of its owned and managed customer base – accounting for 90% of the annualised contracted rental cash-flow from the fleet.

“These requests have taken a number of forms including – but not limited to – requests for short-term rent deferrals for part, or all, of monthly rental for a specified period of time,” says the lessor.

Avolon says it has already agreed a number of rent deferral arrangements for an average of three months.

“It is expected that some form of short term rental deferral arrangement will be agreed with a majority of our customers,” it states.

Avolon stresses that it is a “well-capitalised” business and it ended the first quarter with unrestricted cash and undrawn secured warehouse facilities in excess of $5 billion.

“We are well positioned to deal with the challenges presented by the current market environment,” insists chief executive Domhnal Slattery.

“Avolon is working closely with our global customer base to support them during this period. While we have never seen a crisis of this nature, we remain confident that the industry will recover once the impact of [coronavirus] recedes.”