London Southend airport operator Esken is undertaking a strategic review of its businesses, which could potentially involve selling activities including its aviation division or its renewables arm.

The company’s aviation operations include London Southend and the ground-handler Star Handling, and it also owns Carlisle Lake District airport.

Esken executive chair David Shearer says the aviation business has continued to recover but at a “slower pace than we would have wished”.

He says airlines are focusing on “short-term performance ahead of strategic positioning”, but insists the medium-term business case for London Southend “remains compelling”. 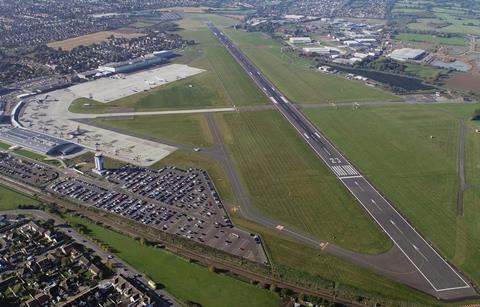 London Southend is located some 60km east of the UK capital

Esken’s strategic review will consider all options, he says, and “may conclude” that shareholder interest is best-served through a sale – or partial sale – of either the aviation or renewables division, or both, in order to secure their long-term potential.

Esken says that, while the company benefited from one-off airline-marketing payments, increased flights meant the underlying performance improved by £800,000 over last year’s figures.

EasyJet contributed to a one-third rise in passenger numbers to 61,000 for the period. The budget carrier is offering three summer routes next year, but Esken believes 40 routes are viable from the airport.