Russian freight operator Sky Gates is to be the base carrier for a newly-commissioned cargo complex at Moscow Zhukovsky airport.

Sky Gates, which uses a pair of Boeing 747-400Fs, will station its operations at the new facility. One of its aircraft ceremonially marked the opening after arriving from Baku. 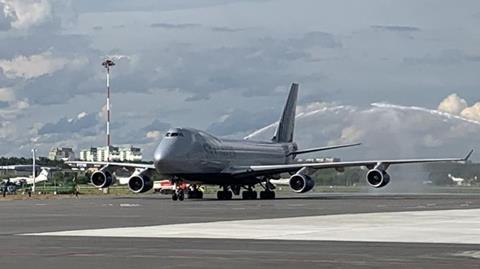 The $37 million centre’s operator is forecasting that it will handle 12,000t of cargo this year but has the capability of dealing with up to 100,00t – and plans are already being developed to double this capacity.

Zhia Cargo is a joint venture between Ramport Aero, which holds 51% of the shares, and other investors including private holders from Azerbaijan.