LATAM’s deal – for 21 A321neos and seven A320neos – at the end of August rounded off a relatively strong month for the airframer.

Airbus recorded orders for 66 A321neos from US major Delta Air Lines and the UK leisure carrier Jet2, which has defected to the manufacturer having been a Boeing 737 and 757 operator. 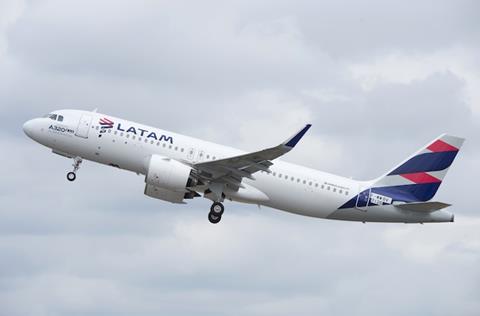 German leisure airline Condor firmed an order for seven A330-900s, becoming only the second airline to place a long-haul jet deal with Airbus this year after fellow German airline Lufthansa agreed to take five A350-900s in May.

Pacific carrier Air Vanuatu appears to have reduced its orders for the A220 from four aircraft to three, with one of its two A220-300s no longer featured in the backlog.

Airbus delivered 40 aircraft over the course of the month – all single-aisle models except for a pair of A350-900s for Cathay Pacific and Japan Airlines – taking overall deliveries this year to 384.