An interview with Tom Williams

Airbus veteran Tom Williams, who retired at the end of 2018 after two decades in the management team, gives his perspective on some of the company’s key achievements

Tom Williams stepped away from Airbus at the end of 2018 as chief operating officer, having had a front-seat view during a crucial period in its history. Williams helped oversee key programmes including the A380, A350, A400M, and both “Neos” – A320 and A330. And there was also the small matter of helping mastermind the production ramp-up to levels which, in his own words, would at one time be considered “madness”.

“Tom braved countless challenges, always overcoming them in the best interest of the company and its customers, and never losing his dry Scottish humour,” said Airbus group chief executive Tom Enders ahead of his retirement in 2018. 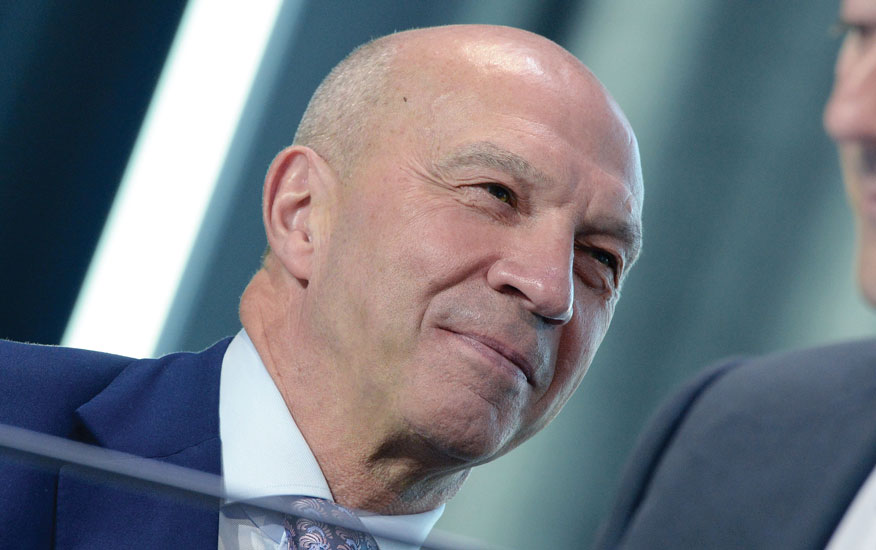 Williams, who began his career at Rolls-Royce in 1969, joined Airbus from BAE Systems in 2000 as managing director of its UK arm, and quickly got tasked with managing wing development for the A380. He then headed across the Channel in 2004 to join the Toulouse management team as head of procurement in 2004. From 2006, Williams spent a decade heading programmes and customer services, with a final three years as COO.

As Airbus marks 50 years, Williams is incredibly well placed for a narrative on some of its greatest achievements – as well as some less auspicious ones. But one feat he and his peers are rightly proud of is the transformation of Airbus from a consortium of national aerospace companies into a consolidated business capable of taking on the might of Boeing.

“We’d gone from what was a combined European company with 11% market share to get to 50% and giving Boeing real competition,” says Williams. He points to Airbus’s early days when it was setting out to challenge not just Boeing, but McDonnell Douglas and Lockheed too. “There was a lot of assumption that American technology had to be the best. That [transformation] is something everybody was proud of.”

In tandem with its market-share growth, Airbus also reinvented itself as a fully integrated business free from the shackles of governments’ national agendas.

“Louis started it and Tom carried it on – to make the company truly international,” recalls Williams, referring to then Airbus chief executives Louis Gallois and Tom Enders.

“If you go back to the time of the ‘GIE’ [Airbus Industrie consortium], you had to slice and dice your teams by passports. Tom cut through all that and said we’re going to put people in position who are the best and most knowledgeable. And that created some internal turmoil but was all part of getting the company in the right direction.” 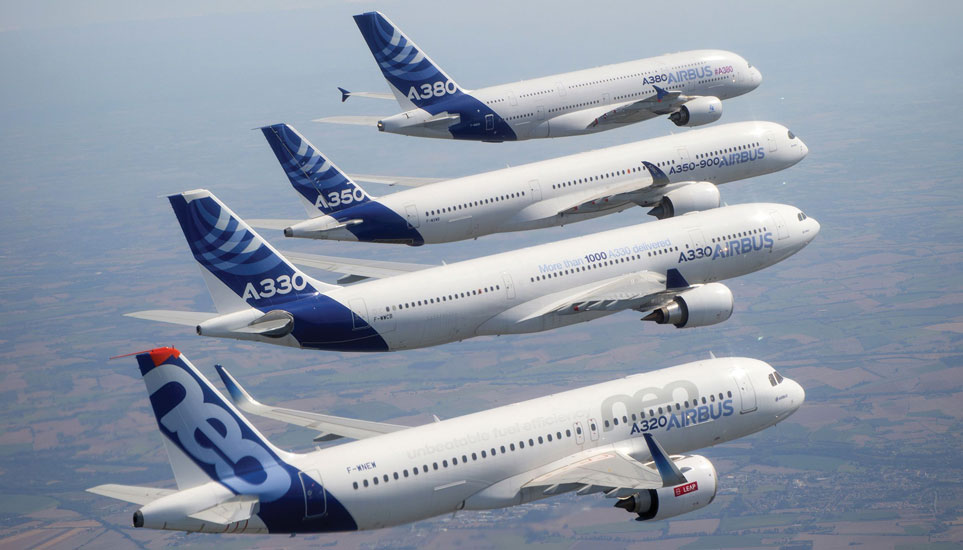 Williams reflects on how, with the benefit of hindsight, the decision in 2000 to launch the A380 now looks questionable, but points out it must be considered in context. “At the time the world looked a different place,” he says. “The A380 seemed to be the next logical step [for Airbus].”

What is not in doubt is the huge strain that the A380’s production meltdown put on Airbus and its management team, particularly when combined with the turbulence that the A400M military transport introduced.

Williams likens the “all-consuming” A380 programme to “a huge machine that was chewing up money and people and resource”.

“And the A400M came along at the worst possible time. The programme added a huge amount of complexity and sucked away resource and talent, which was a big issue.

“There was a bit of hubris that the company entered into a fixed-price contract [for A400M] with technology that was at the best unproven…with so many different functionalities required for each different nation.”

Williams says that the A400M “consumed an awful lot of energy…it was probably underrated in terms of the impact that had on the company. It drove a huge amount of management attention.”

One achievement Williams is extremely proud of is the way Airbus and its supply chain have navigated the unprecedented rise in output. In 2000, when he joined Airbus, its single-aisle deliveries hit an annual record of 241 aircraft. Last year, Airbus shipped 626 A320-family aircraft.

But he admits to being cynical about rate rises in the early days, recalling a meeting with the Airbus team back in 1997 when he was at BAE Systems for discussions about an increase in single-aisle production from 12 per month to 20. “We were rolling about on the floor laughing,” he says.

“And by the time I was head of programmes in 2006, we were at the point of saying we want to go from rate 28 to rate 30 and 35. I can remember conversations with people who were saying ‘it’s madness, Tom, building one aeroplane every day, it’s impossible’.”

“We could have done it better if we had known the end game at the beginning,” he says. “But if you’d said to the people at that time ‘we will actually need rate 70’, then they’d be sending for the men in the white coats.

“And because of that, every decision was incremental: ‘how quickly can you get to rate 32, 36 etc? And we’re not sure how long it’s going to last so what’s the minimum capex you can spend?’

“So all these incremental steps don’t lead you to what you’d consider to be lean flow and best in class.”

Williams credits Enders as the architect of Airbus’s drive to expand its international footprint. “He was pushing very hard on the internationalisation of the company. The deal we signed to build the FAL [final assembly line] in Tianjin was transformational. Before that, we were bouncing around in the 20-30% market share and we quickly went to 50%.”

Williams also now sees the benefit of Airbus’s US FAL in Mobile, despite earlier doubts.

“I argued against it at the time, I wasn’t sure what the point of it was. But Tom jokes with me that when you look at the guy in the White House now, the FAL in Mobile looks like an inspired decision.”

Another “inspired” move Williams was part of was the launch in 2010 of a re-engined A320 rather than holding off for an all-new single-aisle project.

“Our internal modelling of an all-new aeroplane showed it was only going to bring another 3% of performance improvement over the [re-engined] A320neo’s 15%, “says Williams. “And the unit costs looked horrendous because trying to build in high volume in carbonfibre is not easy and not cheap.

“It was an argument that said the all-new single-aisle really needs to wait until the next step of engine technology, like contra-rotating open-rotors, and that’s not going to come until the latter part of the next decade. So we should get on and do this re-engining.”

The A320neo’s main mission was to stop the Bombardier CSeries in its tracks, says Williams. What ultimately resulted was the CSeries becoming a key member of the Airbus product line-up as the A220, while A320neo sales have gone on to exceed 6,500 aircraft.

Williams says he has handed over to his successor, Michael Schöllhorn, with the simple advice to “enjoy every day because it’s the best job in the world, working with the best technology and fantastic people passionate about the industry. And the time will zip past!”