Airbus has delivered the first US-assembled Airbus A320 family aircraft to JetBlue Airways.

The A321, named BluesMobile, was handed over today to the New York-based carrier in a ceremony at Airbus’ A320 family manufacturing facility in Mobile, Alabama.

Airbus chief operating officer customers John Leahy says the milestone fulfills an important ambition of the airframer, recalling when he joined the company in 1985. “Thirty years ago, Airbus made a commitment to not just be a customer of the US aerospace industry but also to be a supplier,” he told the audience at the delivery ceremony. 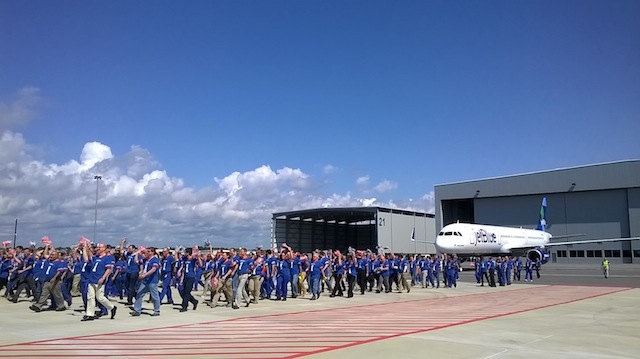 Registered N965JT, the 190-seat A321 will depart Mobile later today for Lake City, Florida, where it will be equipped with wi-fi at HAECO’s facilities. BluesMobile is JetBlue's 29th A321 and its 219th aircraft.

JetBlue has not determined when the aircraft will enter revenue service but says the A321 will be deployed across its entire network.

The airline’s chief executive Robin Hayes says: “This airplane will fly from New York to Florida to the Caribbean and maybe to Cuba one day.”

JetBlue is one of several US carriers that have applied for the right to serve Cuba on a scheduled basis later this year.

Airbus inaugurated the Mobile A320 facility in September 2015, and JetBlue’s A321 made its first flight in March. The airframer plans to deliver four aircraft a month by the end of 2017 from Mobile. Deliveries will transition to the A320neo family in late 2017. 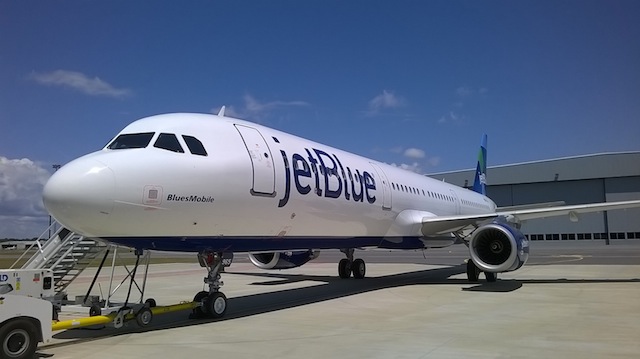