Airbus has started final assembly of the first A330 featuring the higher maximum take-off weight capability of 242t.

The aircraft will be used for certification flights but a second for Delta Air Lines is being assembled “in parallel”, says the airframer.

Delta has ordered 10 of the enhanced A330-300s, for delivery from the second quarter of 2015, and selected General Electric CF6 engines for the jets.

The additional weight capability will extend the A330’s range by up to 500nm while improvements to the aerodynamics and engines will reduce fuel burn by as much as 2%, the airframer claims.

Airbus will use the higher-weight airframe as the structural base for the re-engined A330neo. 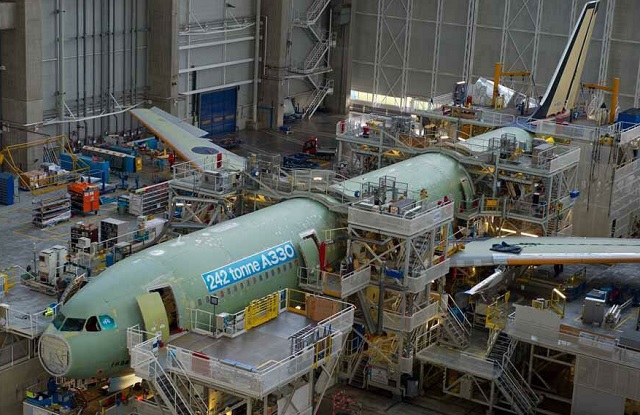