Airbus to enhance A330 tanker offering

Airbus is looking to maintain its market-leading sales position with the A330 multirole tanker transport (MRTT) through a range of capability and performance enhancements.

“Customer experience with the MRTT is growing fast,” says Jerónimo Amador, head of marketing for the A330 tanker and other Airbus military derivatives. A global fleet that currently totals 27 operational examples is expected to pass the combined 100,000 flight hours total later this year, he adds, with the 85,000h mark having recently been cleared.

“Our operators are flying intensively, because of operations and missions in the Middle East,” Amador says, noting that some 40,000h was accumulated in the last year. “More and more it is the tanker of choice to refuel allied aircraft around the globe,” he adds. 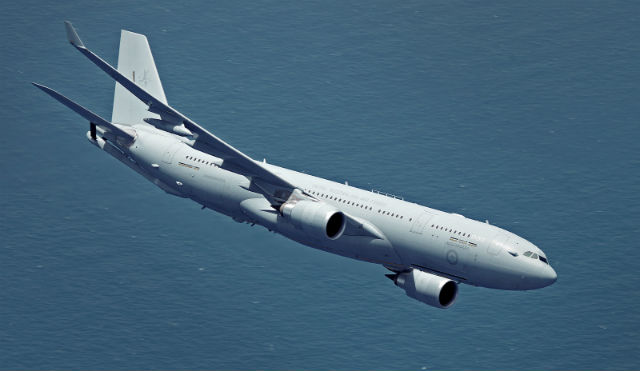 Airbus expects to deliver the 14th and last A330 Voyager for the UK Future Strategic Tanker Aircraft programme in mid-July, Amador says. Other current users are Australia (5), Saudi Arabia (6) and the United Arab Emirates (3).

Meanwhile, the first A330 MRTT in a new production configuration achieved its power-on milestone in May, with the aircraft – the first example produced for Singapore – due to be flown in the fourth quarter of this year. France and South Korea will also be receiving tanker/transports in this standard, which brings a package of aerodynamic improvements, structural modifications and avionics updates over the previous baseline for the military variant.

Amador says MRTT operators could also take options including a wideband satellite communications fit and intelligence, surveillance and reconnaissance functionality, under a range of further updates being studied by Airbus Defence & Space.

“We are analysing COMINT [communications intelligence] and ELINT [electronic intelligence], which could be interesting for some of our customers,” he says. One undisclosed operator has asked for information about such an adaptation.

Enhancing the A330’s ability to communicate with other military assets is part of a drive to broaden the MRTT’s utility. “The aircraft is connected on the battlefield: it’s not just a gas truck,” Amador notes. 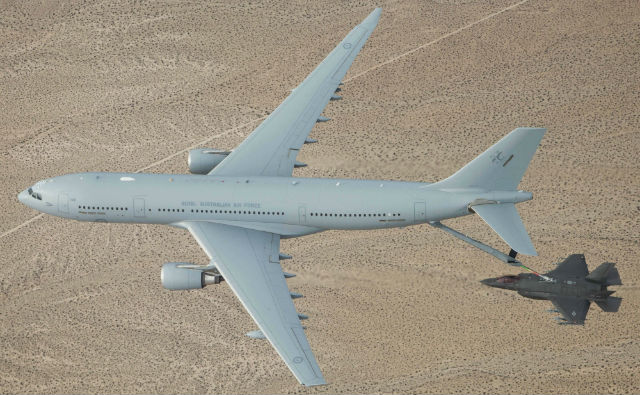 Additionally, current users will be able to clear their aircraft to operate with an increased maximum take-off weight of 238t. If adopted, Amador says this will enable the MRTT to carry 20% more payload on a 6,000nm (11,100km) mission.

Airbus Defence & Space is optimistic about its sales prospects for the MRTT. Head of sales and marketing Jean Pierre Talamoni has outlined a forecast to sell around 85 additional units during the period to 2024. The company is expecting India to advance with a deal to acquire the type, following an earlier selection decision to order six. “We are in contact with the customer and we are waiting,” says Amador. A contract signature is also expected soon for a multinational MRTT fleet to be acquired for use by Luxembourg, the Netherlands and Poland.

In a separate move intended to enhance its support for MRTT operators, Airbus is investing in a full-flight simulator to be installed at its international training centre in Seville, Spain. The Indra-produced device will be fully operational by the first quarter of 2018, according to Stephan Miegel, Airbus Defence & Space’s head of military aircraft services.