Schematic diagrams of a planned development at Airbus’s UK wing facility further indicate that the A330 is the candidate for a high-capacity transport to succeed the A300-600ST Beluga.

Detailed diagrams for a Beluga line station at the Broughton plant show the plan view of the A300-600ST at the docking point overlaid by a larger aircraft whose dimensions are consistent with a modified A330-300. 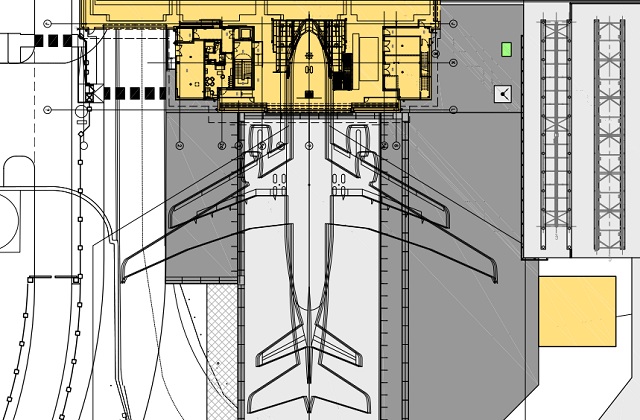 Airbus has been examining potential candidate airframes to complement and replace its A300-600STs – of which it has five – in order to have sufficient capacity to ramp up A350 production.

The new line station would provide a weatherproof area for loading and unloading Beluga transports and would be located south of the runway and east of the wing-equipping facility.

Airbus’s supporting statement, in its planning application to the local council, says that wings manufactured at Broughton would be transferred from production hangars to external racks for short-term storage.

They would then be transferred to the new Beluga line station and either loaded onto the waiting jet or moved to internal wing racks until the aircraft arrives.