Airbus to open new Mobile A320 production site in 2025

Airbus plans to build a new A320 final assembly facility in Mobile, Alabama, and to have the site operating by the second quarter of 2025.

The Toulouse-based airframer disclosed the timeline and other details on 9 May.

Last week, Airbus chief executive Guillaume Faury revealed that the company planned to open a second A320 final assembly line (FAL) in Mobile, but he provided no details. 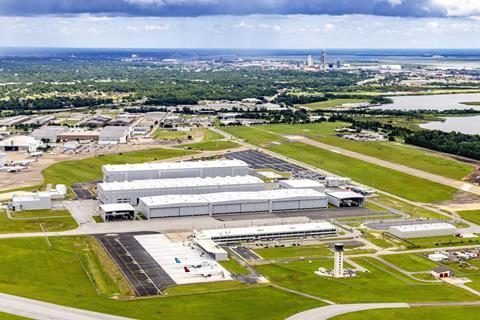 “Current plans call for breaking ground on the new FAL in the first half of 2023,” Airbus now says. “We expect to start production within the new FAL by Q2 of 2025.”

Additionally, by the end of 2023 Airbus intends to build a new paint facility in Mobile and to modify its existing hangars to what it calls a “double-bay configuration”.

The paint shop and hangar modifications will “support increased production at the site,” Airbus says.

Airbus Americas CEO Jeff Knittel disclosed details about the expansion during an event in Mobile on 9 May.

Airbus delivered an average of about 37 A320neo-family jets in the first three months of 2022.