Embraer has handed over the second of its E-Jet E2 variants: an E195-E2 for Brazilian ­carrier Azul via lessor AerCap.

Formally delivered during a ceremony at the airframer’s Sao Jose dos Campos facility, the re-engined and rewinged jet is the first of an eventual 57 examples for Azul: six via lessors and 51 directly ordered. 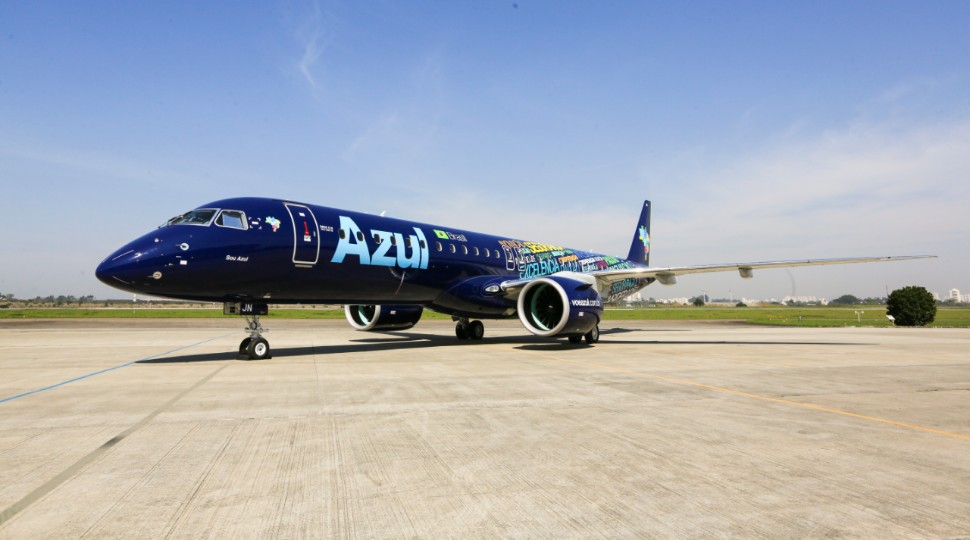 Overall, the 124 orders account for 76.5% of the total backlog for the second-generation regional jet family, while the remainder is comprised of 38 E190-E2 orders.

“We could not be more proud to bring this Brazilian aircraft, built with Brazilian technology and innovation to the Brazilian skies,” says David Neeleman, Azul’s founder and chairman.

Azul has configured its aircraft in a 136-seat, single-class layout which it will operate on domestic and international routes; it expects to receive another five E2s this year.