Coulson Aviation has signed a landmark deal to sell a Boeing 737-300 modified for firebombing duties to the state government of New South Wales in Australia.

The sale also includes two Cessna Citation V lead/intelligence aircraft, and a 10-year operating contract with Coulson’s Australian unit to provide all flight and maintenance personnel to support the aircraft. 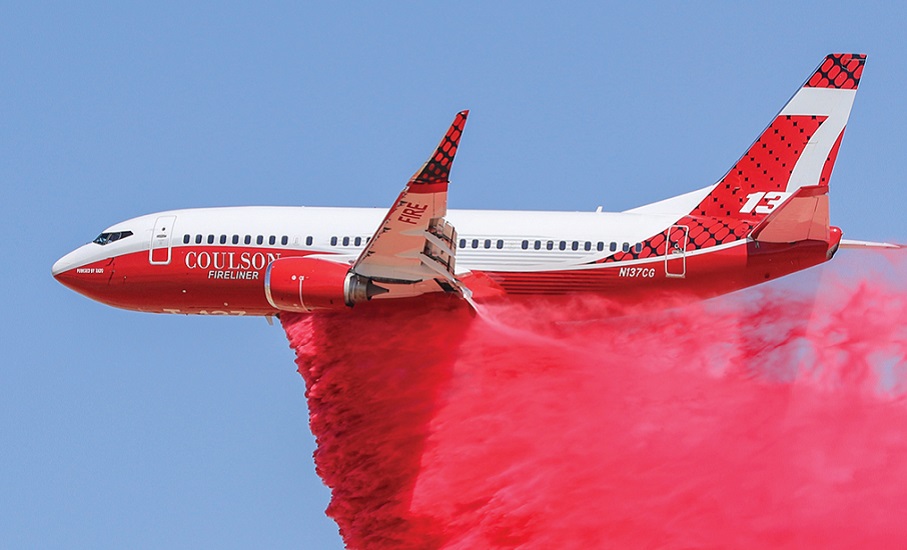 The Canadian company has long been a supplier of firebombing aircraft to New South Wales during the Australian summer and used the 737 Fireliner large air tanker during the 2018/19 summer.

Purchasing the aircraft will give the NSW Rural Fire Service its first year-round firebombing capability. It usually contracts aircraft for the summer, but an increase in the number of bushfires during winter months pushed it towards acquiring a year-round capability.

Based on a 737-300, the aircraft can deliver 15,000l of fire retardant, and transport up to 72 passengers. It was certificated by the US Federal Aviation Administration in 2018 and made its first operational retardant drop in November.

“When we started the B737 Fireliner program we set out to create a new generation of airtanker.” said Britton Coulson, Vice President of Aviation. “The goal was to utilize the latest smart technology in our tanking system and create a multi-use firefighting aircraft that would create the best value for our customers.”

As part of the NSW Government’s $26.3 million investment, a contract has been signed for the purchase of a 737 Large Air Tanker operated by Coulson Aviation. It will provide stronger bush fire protection to communities year-round and due to touch down in July this year. #NSWRFS pic.twitter.com/ga5JYw2ddm

“This type of aircraft provides us with a fast, effective and flexible option for fighting fires year-round, and supporting firefighters on the ground,” he says.

Cirium’s Fleets Analyzer shows that Coulson’s US unit, Coulson Aircrane, has three 737 Fireliners in its fleet, all aged around 24 years. The three jets were originally operated by Southwest Airlines before being converted to firefighting aircraft.