PICTURE: Embraer to deliver first E190-E2 to Wideroe on 4 April

The airframer unveiled the aircraft today, as it moves off the assembly line into flight testing. 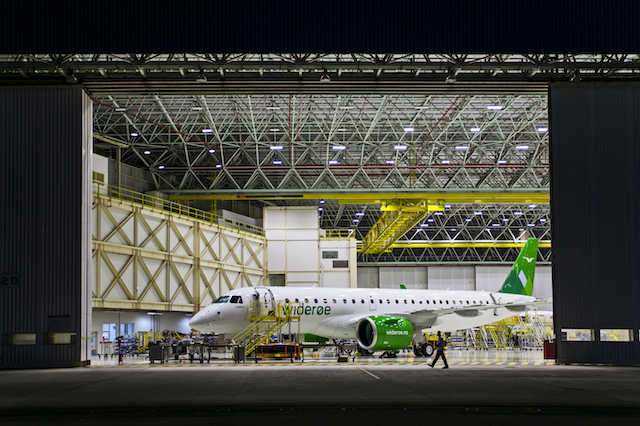 Norwegian regional carrier Wideroe, which has firm orders for three E190-E2s, will take delivery of its second in May and the third in June, Embraer has said. Kazakhstan's Air Astana is expected to be the second operator of the aircraft, and will take the first of five aircraft leased from AerCap in the second half of the year.