An Embraer E190-E2 landed at London City airport for the first time today, en route to the Farnborough air show.

The airport – known for its steep approach and short runway – has said it hopes to gain certification for the re-engined aircraft in 2019. 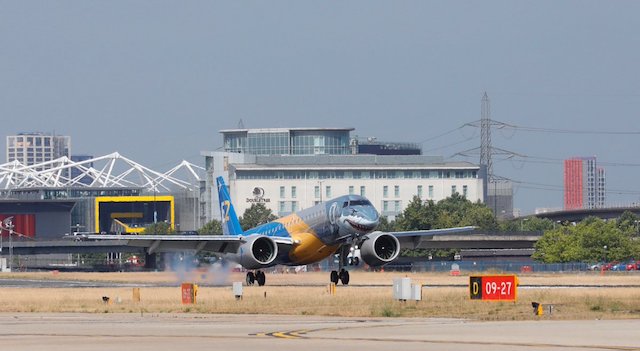 The test aircraft, which has the face of a shark painted on its nose in allusion to Embraer's marketing of the E2 as a "profit hunter", will be on display at the Farnborough air show kicking off on 16 July. 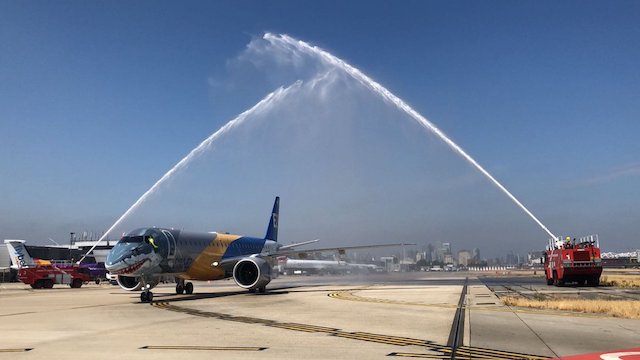 "For Embraer, London City feels like home, wherever you look, our aircraft are there. So it's a big moment for us to bring the newest generation Embraer jet to this important European hub," states chief commercial officer Arjan Meijer.

E1 jets have operated from London City since 2009, and about 60% of departures at the airport are operated with Embraer aircraft. 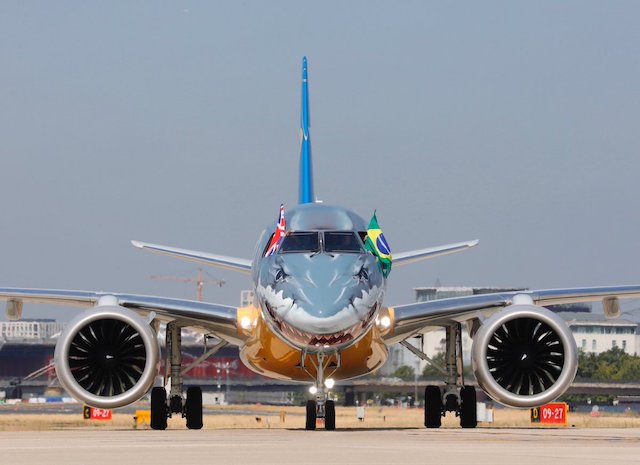 The E190-E2 entered into service in April, with Norwegian regional carrier Wideroe; the E195-E2 is to follow suit next year with Brazil's Azul.