PICTURES: E195-E2 with unique livery touches down in Paris

Embraer is bidding to stand out from the crowd at this year's Paris air show, with its E195-E2 wearing a special livery to mark its Le Bourget debut.

The Brazilian airframer has painted the nose of the prototype aircraft (PR-ZIJ), dubbed "Profit Hunter", with a striking image of a golden eagle.

Dissatisfied with proposals for the scheme put forward by external suppliers, Embraer instead opted to perform the painting in-house after a junior technician, Clodoaldo Quintana, volunteered to take on the project, says John Slattery, chief executive of Embraer Commercial Aviation. 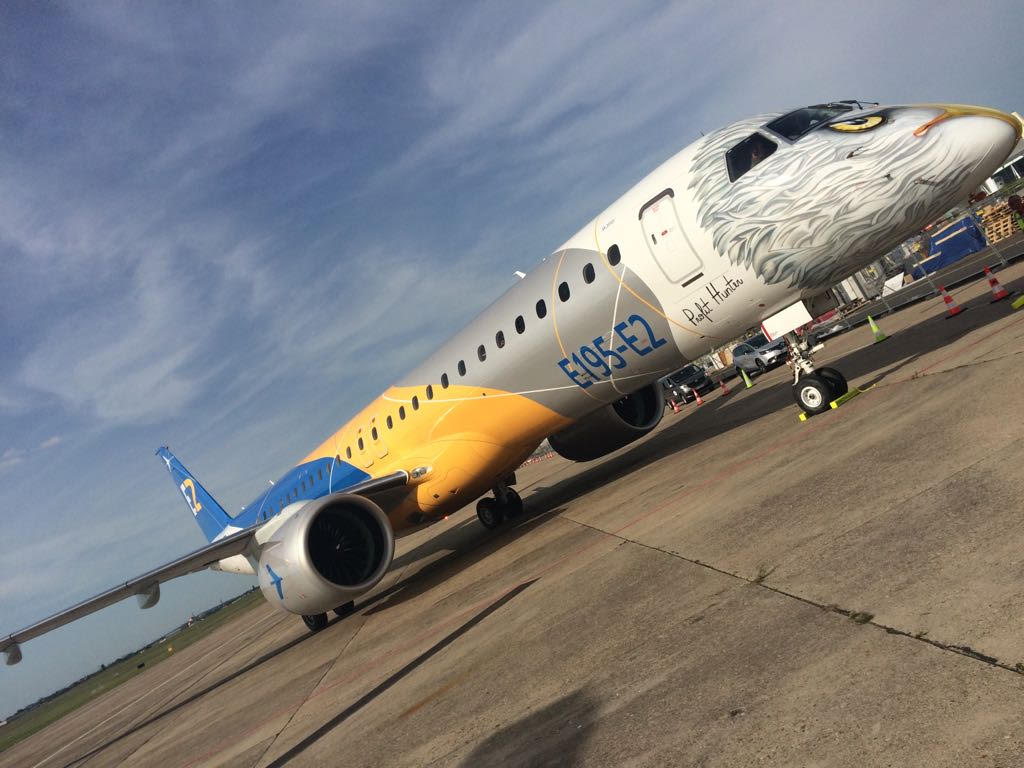 "I was impressed by his initiative and even more impressed with his enthusiasm for the project," says Slattery. “I gave him free reign to let his creativity soar. Little did I know that Quintana had the artistic talent of a modern-day Renoir.” 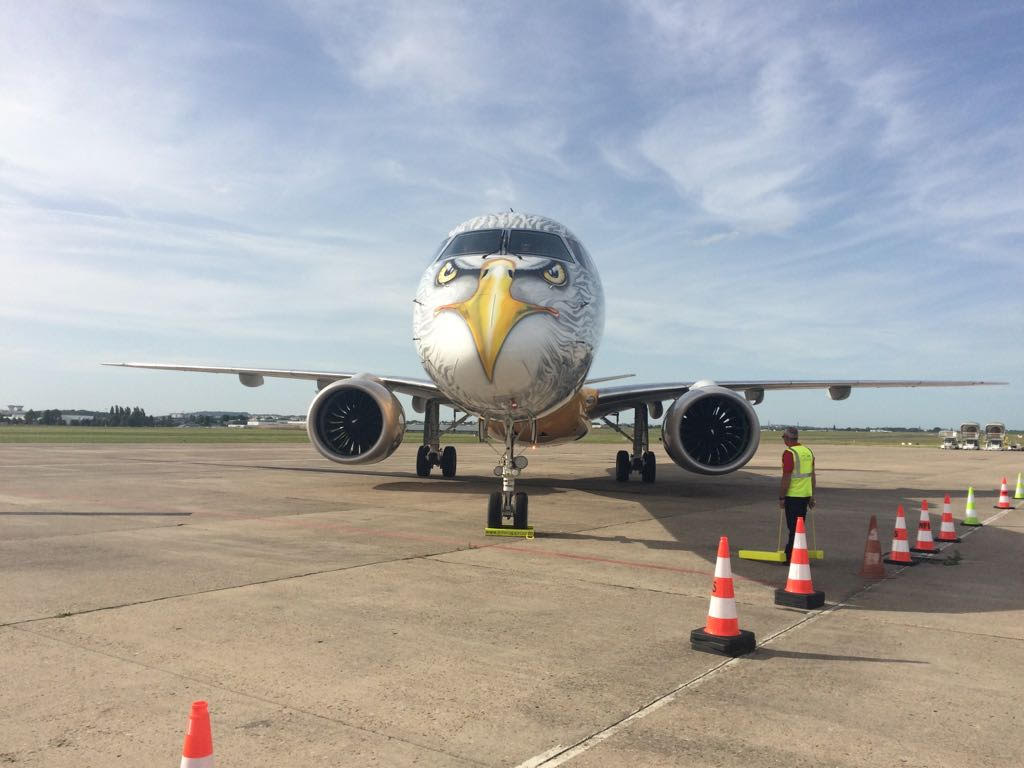 The livery took around one month to complete, says Slattery, and as a mark of appreciation Quintana and a colleague who assisted with the painting have been brought along to Paris.

The twinjet arrived at the Le Bourget site on 13 June having made a flight of around 11h 30min from Embraer's São José dos Camposbase via Recife and Espargos in the Cape Verde islands. It will be present on the static line and take part in the daily flying display.