​PICTURES: Retirement of KLM Fokker ends era that began in 1921

The retirement of KLM Cityhopper's last Fokker 70, after final flights on 28 October, marks the end of an era in Dutch aviation history.

It was all the way back in April 1921 that KLM put its first Fokker into service, using the aircraft to recommence operations after a winter hiatus.

KLM's chief executive Pieter Elbers describes the exit of its last Fokker as "a sad moment", but also highlights a new beginning for the Cityhopper regional unit, which now operates a fleet composed solely of Embraer E-Jets.

"The replacement of the entire Fokker fleet began nine years ago with the introduction of the first Embraer 190 in November 2008," he recalls. "It can be difficult to keep reliability high for the small [Fokker] fleet, but our maintenance team at Cityhopper have done a fantastic job." 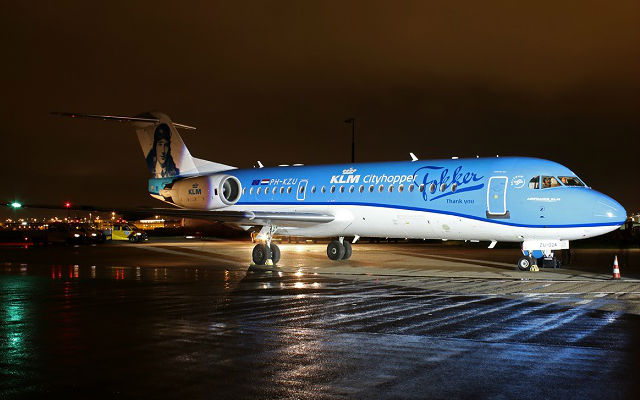 Boet Kreiken – KLM's executive vice-president of customer experience, and until 1 October the managing director of Cityhopper – likewise highlights the Fokkers' reliability. "We have achieved 98.6% aircraft availability with the Fokkers recently, while the Embraers achieved just over 99%."

A special farewell flight between London Heathrow and Amsterdam Schiphol was operated on the evening of 28 October, becoming the last ever scheduled arrival of a Cityhopper Fokker 70 at the Dutch hub. The aircraft (registered PH-KZU) was adorned with an image of founding father Anthony Fokker on the tail and "Thank you" titles on the fuselage. 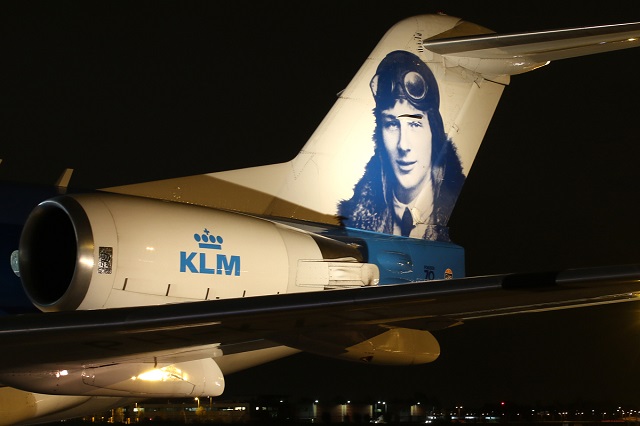 The service replicated KLM's very first flight, on 17 May 1920, between London's Croydon aerodrome and Amsterdam, operated with a leased de Havilland DH-16. Like that first flight, the Fokker 70 farewell was captained by a British pilot.

Kreiken highlights the important role the UK has played in the airline's history with the Fokker 70. The aircraft, he notes, "feature many parts produced by British companies, from the landing gear to the engines to the seats". He adds: "We have been able to link many British communities to our Schiphol hub with them over the past 20 years." 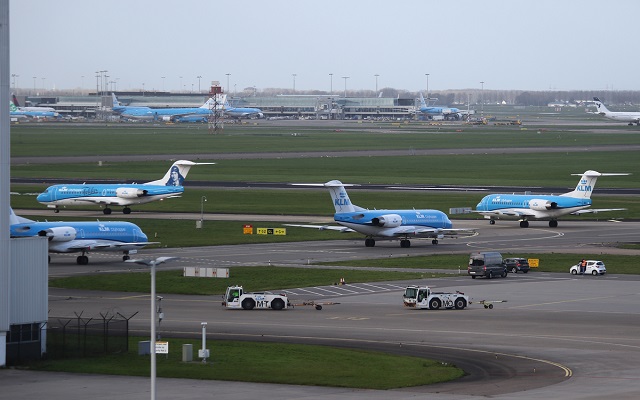 Cityhopper's new managing director Warner Rootliep says most of the seven remaining Fokker 70s that the airline retired on 28 October will be ferried to Norwich in the UK for post-operations maintenance. "They will all find homes with operators in Asia, Europe and Latin America," he says. Flight Fleets Analyzer shows that one aircraft each is destined for Papua New Guinea's Air Niugini and Curacao's InselAir. In September, FlightGlobal reported that five had been sold to Myanmar's MWG Avia.

Four Fokkers departed consecutively from Schiphol's runway 04 on 29 October. As part of the same farewell ceremony, the airline unveiled a monument celebrating the KLM-Fokker partnership. Located at Schiphol Oost, it features a Fokker tail section (from PH-KZW) atop an anvil. Flight Fleets Analyzer shows that this aircraft was permanently withdrawn from use in 2015. 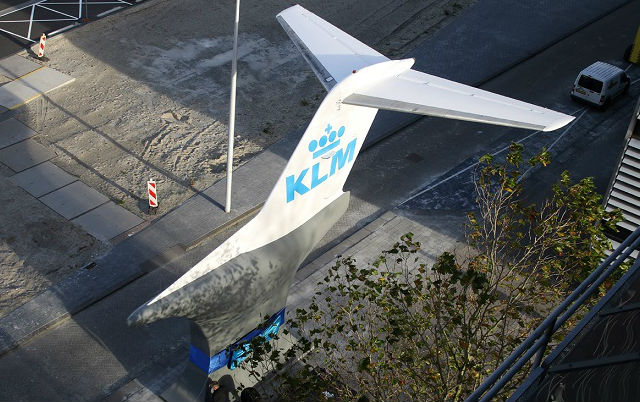