The aircraft, a CS100, operated the first flight from Zurich to London City (below). Swiss is using CS100s to replace Avro regional jets on that route, and it intends to launch CSeries flights from London City to Geneva in summer 2018, according to Bombardier. 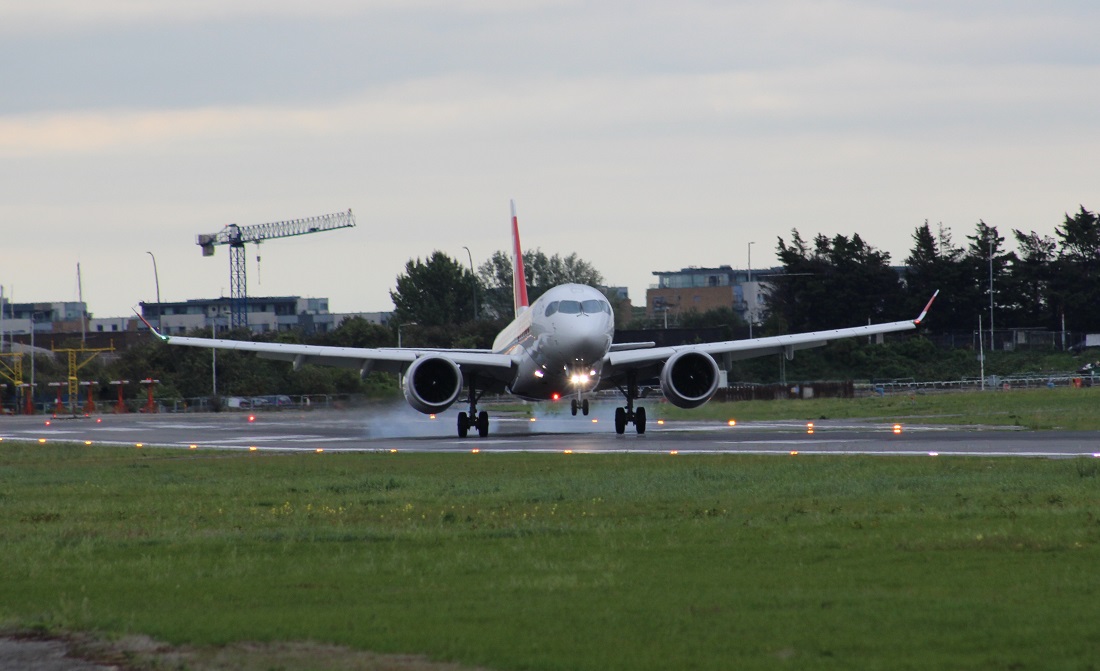 Fred Cromer, president of Bombardier's commercial aircraft unit, describes the first flight to London City as fueling the company's CSeries sales campaign, which has not landed a significant new customer for more than one year.

"This new milestone continues the momentum propelling the CSeries aircraft program. The CS100 aircraft has the perfect combination of steep approach and short-field capability as well as longer range,” says Cromer in the release.

"These attributes provide airlines with the opportunity to reach new markets from London City Airport and other challenging airports around the globe, generating an increased level of interest in the CSeries program,” he adds.

Bombardier in April announced that Transport Canada and the European Aviation Safety Agency approved the CS100 to operate at London City, which has a steep approach angle of 5.5˚, nearly twice a normal approach angle.

The company has said it designed the CSeries specifically to operate from London City, tailoring the wings and flight control laws with the airport's requirements in mind.

"The CSeries was the only aircraft that was conceived from the very beginning and designed specifically to operate from London City," Bombardier CSeries programme vice-president Rob Dewar told FlightGlobal earlier this year. "Once we can do London City, we can do any other challenging airport."

Bombardier has also stressed that the CSeries has the ability to operate long-distance routes from London City, including flights to North America in all-business class configurations.

In an all-economy configuration the aircraft has a range from London City of 2,200nm (4,070km), Bombardier says.