Russia’s Aeroflot Group is intending to open its new international hub at Krasnoyarsk in June, after the expansion was delayed by over a year by the air transport crisis.

Aeroflot’s board has decided that the hub will open on 1 June with a summer schedule including flights to Sochi, Krasnodar, Blagoveshchensk and Simferopol.

Krasnoyarsk had previously been selected as a new hub for the group because it was a large city in a central location, about halfway between Moscow and Vladivostok.

Aeroflot had intended to carry out first flights in March 2020 and build an initial fleet of eight aircraft for the hub, expanding to 12 aircraft by 2023 – by which time it intended to be transporting around 1 million passengers.

The hub is part of an expansion and network-development strategy which includes opening new regional bases across the country. 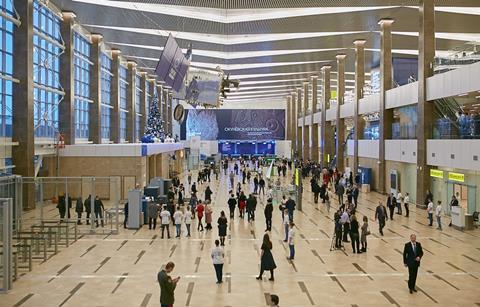 “Krasnoyarsk is attractively located in terms of domestic transfer, capturing large metropolitan areas in Europe and Asia,” says the company.

It points out that the airport has an “experienced” operator and features modern infrastructure including a 3,700m runway and a new terminal building.

Aeroflot and its sister carrier Rossiya have been serving Krasnoyarsk from Moscow and St Petersburg. Prior to its recent divestment, Aeroflot Group carrier Aurora had also provided eastern links to Krasnoyarsk.

Beijing, Sanya, Novosibirsk, Ekaterinburg, Irkutsk and Tomsk were among about a dozen additional potential destinations from Krasnoyarsk previously indicated by Aeroflot Group for its hub plan.