Aeroflot has become the latest Russian carrier to introduce the Airbus A320neo, after receiving its first of the re-engined type.

Aeroflot says the interior cabin “echoes the design” of the A350-900 which has been active within the airline’s fleet for just over a year.

“Interior lights with different lighting scenarios make the journey pleasant and comfortable at any time of the day,” it states. 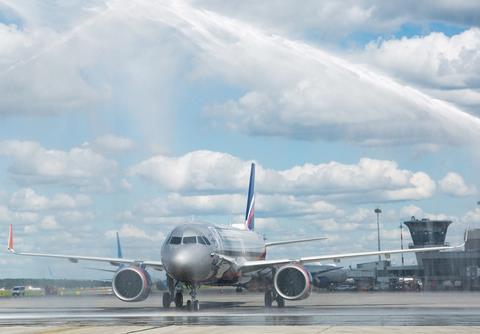 Its A320neo is configured with 156 seats including 12 in the business-class section.

Russian operators S7 Airlines, Ural Airlines and Smartavia have all brought A320neo-family jets into their fleets. Aeroflot says it intends to receive another eight by the end of this year.

CDB Aviation says the Russian flag-carrier formally received the aircraft in Toulouse on 14 May. It is planning to supply three more to Aeroflot – two A320neos and an A321neo – later this month.