Air Baltic says its performance over the first six months has been “significantly impacted” by persisting complexities, notably the conflict in Ukraine.

It also cites uncertainty over the pandemic during the period as well as rising fuel prices and supply-chain issues.

But he points out that the airline has experienced “tremendous growth” as demand recovered, transporting 1.3 million passengers.

This enabled the carrier to generate revenues of €191 million, approaching four times the figure for last year’s first half.

“We have recorded a strong summer,” says Gauss. “Our core mission for the future remains to be the main connectivity provider to and from our home cities of Riga, Tallinn, Vilnius and Tampere.” 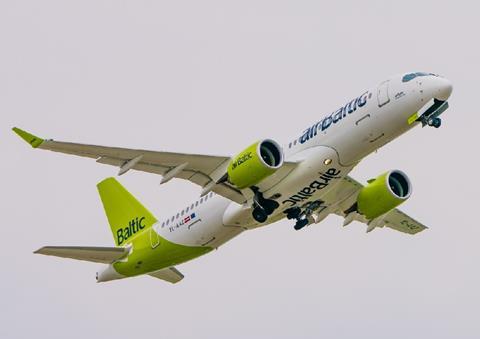