Air Belgium is to acquire a pair of Airbus A330neo twinjets to replace two older A340s used by the long-haul carrier.

The A330-900s will be introduced from mid-October this year, the first to be deployed on services from Brussels to Mauritius.

Air Belgium says the second aircraft will enter service by the end of November for the 2021-22 winter network.

All A330neos are powered by Rolls-Royce Trent 7000 engines.

Air Belgium says the twinjets will be configured with a 286-seat layout in three classes, higher than the 265 seats on the A340s.

“We are very pleased by our experience operating the A340s, demonstrating reliability, comfort and performance,” says chief executive Niky Terzakis.

“With the A330neos customers will directly benefit from even greater comfort and superior service on board, while reducing our environmental impact by 25%.” 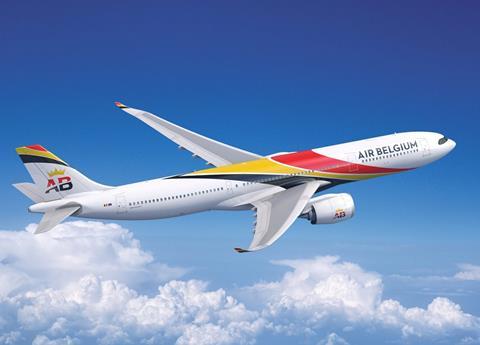 The carrier has four A340-300s – two of them in storage – and has newly brought in a fleet of four A330-200Fs which are operating on behalf of French logistics giant CMA CGM.

Air Belgium has not identified the source of the A330-900s but Cirium fleets data suggests they are MSNs 1844 and 1861 – both from Air Lease and originally assigned to RwandAir.

Airbus claims the A330 has been the “most used long-haul aircraft” over the course of the pandemic, and adds that it welcomes Air Belgium’s recognition of the “productivity and flexibility advantages” of the A330neo.